the Mortuary Chapel Nicolson’s Aisle, where tradition has it 28 clan chiefs are buried. This would be similar to a burial ground of 28 of our presidents! Talk about reverent ground.

It is understood St. Columba preached from a rock on the island in the 6th century as he began his mission to convert the Picts to Christianity.

The serene setting, enclosed by water, allows you to escape 21st century reality and capture a rare moment of timeless tranquility and sacred solitude. 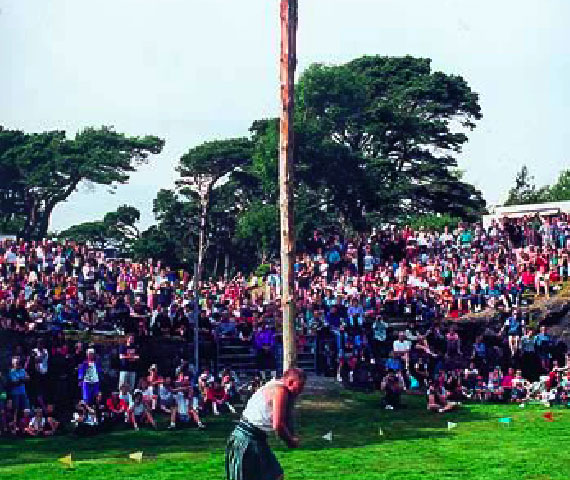 If you are into handsome, athletic men proudly displaying their skills, look no further than this Scottish highlight reel.

At one point these games were enacted to choose the finest warriors for battle.

Even to this day, the game’s “warriors” still wear their clan’s tartan kilt (a specific plaid pattern). 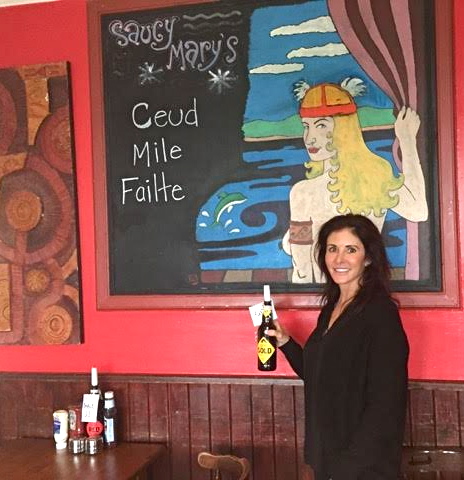 On a Friday night Saucy Mary’s was packed with not only military but a plethora of tourists, live music and lots of Talisker whiskey flowing.

Legend has it that these mountains are named after a female Celtic warrior.

Like the woman they were named after, these red and black peaks command your attention and readily stand out for photo opportunities, hikes and inspiration for many modern day movies, novels and artwork.

Stunt bikers flock to the trails, which offer some of the toughest terrain with unsurpassed backdrops.

Some believe the mountain range to be the most challenging and rugged UK mountaineering experience–especially in winter conditions. 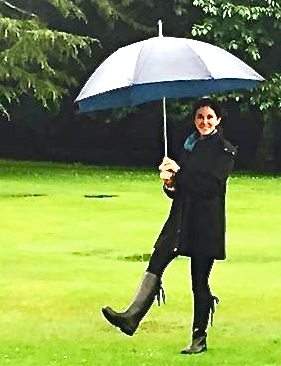 If you enjoyed this article, check out our review of author Diana Gabaldon's Outlander books HERE 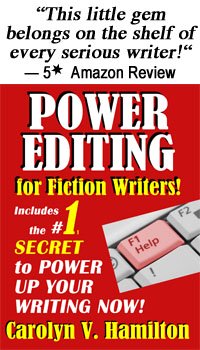