X is for Xi'an, China, Home of the Terracotta warriors

Xi’an is the city in China where the Qin Dynasty Terra Cotta Warriors were discovered. 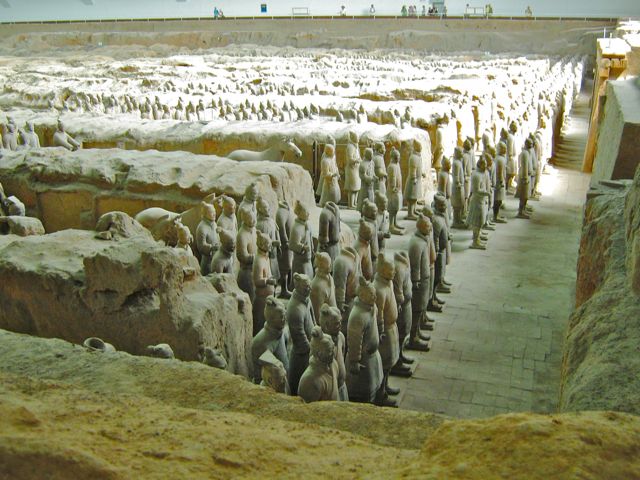 The Qin Dynasty Terra-cotta Warriors are part of a larger story, the story of China’s first emperor, Emperor QinShihuang.

He unified China, established a centralized state and put an end to the former feudal system. He standardized weights and measures, as well as monetary, legal and writing systems. He also connected individual protective walls into the Great Wall of China.

Emperor QinShihuang went beyond that; he created a subterranean palace with a protective outer wall with watchtowers and gates leading in four directions.

And, of course, a life-size army of thousands, arranged in battle formation and armed with spears, halberds, cross-bows, swords and Pi—a bayonet-like weapon—to guard the palace. He believed that life under the ground after death would be a continuation of life on earth.

Emperor QinShihuang’s craftsmen and slave labor took several decades to build everything, but all his plans were never completed.

The pride of Xi'an

Xi’an, the capital of China’s Shaanxi province, as one of the four great ancient capitals. is one of the oldest cities in China. It’s name means “perpetual peace.”

The starting point of the Silk Road, today Xi’an is a mega-city of more than six million people and a business, cultural and educational center that hosts international events.

The Terra-cotta Warriors—the top archaeological find of the 20th century—put Xi’an on the map as one of the world’s top cultural tourist destinations.

On March 29, 1974, farmers from nearby XiYang Village, drilling in several locations in a search for water, discovered pottery fragments and ancient bronze weapons. 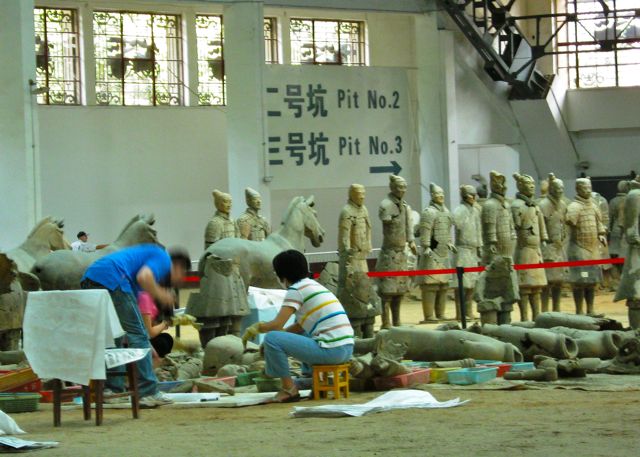 During my exploration visit to today’s Terra-cotta Museum, one of the farmers who found the pit was signing souvenir coffee-table books. Naturally, I had to buy one. He gracefully autographed his name—I assume—with a Chinese brush pen. 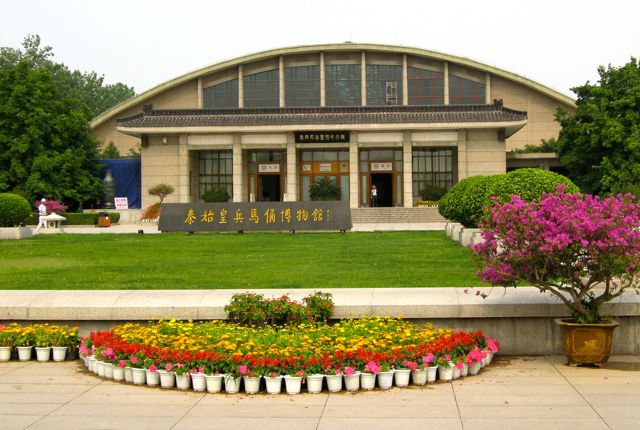 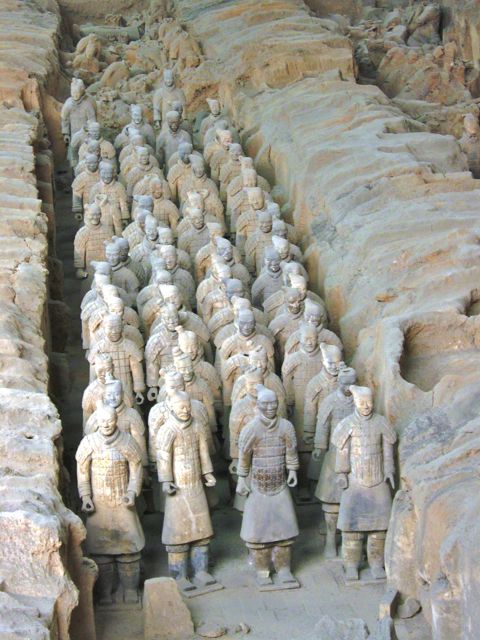 To date, about 1,800 statues have been excavated. Yet most of the complex is still uncovered and it’s believed that more than 8,000 pottery warriors—mostly infantrymen—and horses will be unearthed. And innumerable valuable cultural relics remain to be discovered. 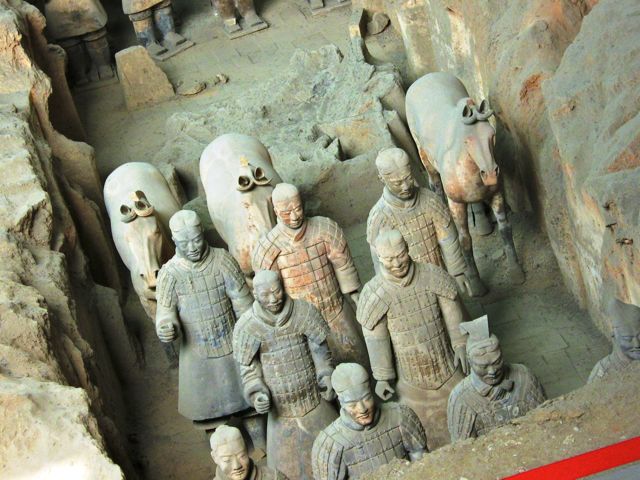 A remarkable discovery is that no two of these life-size warriors have the same facial features. It is thought that real soldiers posed for each individual statue. And these guys were tall by historic comparison—averaging 5’ 10”.

Each was composed of local clay, fired into ceramics that were then colorfully painted, but time has eroded most of the colors.

What maddened archeologists for years was the quick eroding of colors once the pieces were excavated. Recently, with the cooperation of German archeological experts, a coating was developed that, when immediately applied to an unearthed object, can keep the original paint from fading and flaking after exposure to air and light. 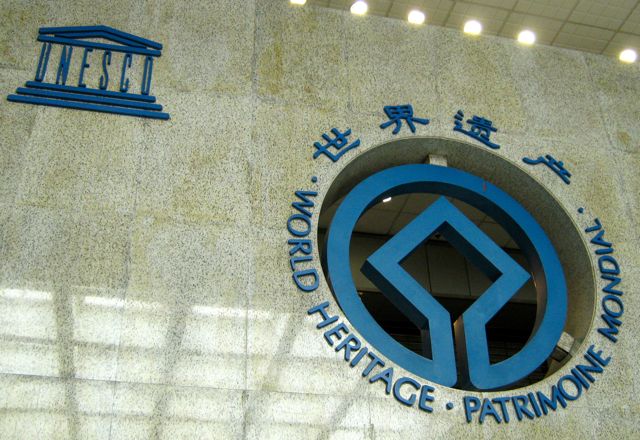 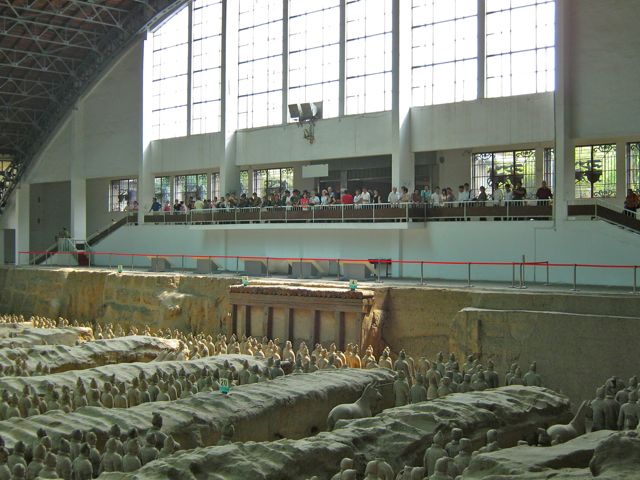 A huge, arch-domed steel structure, located at the center of the museum covers Pit One.

Two million tourists now visit annually, and 50 million have visited since the museum opened in 1979. 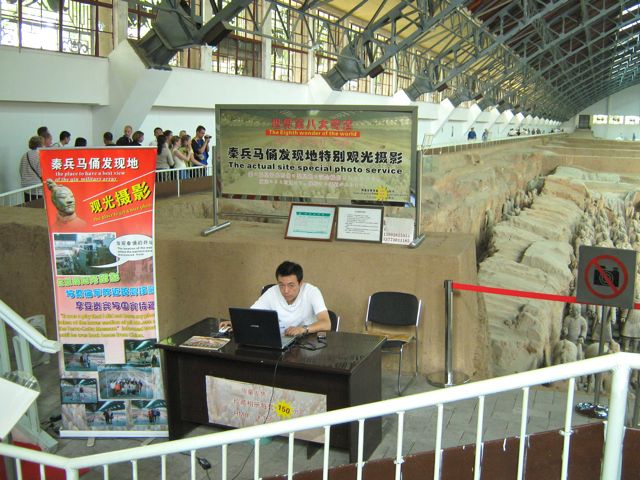 For you fact-a-holics who want more info, CLICK HERE.

To see a cool 3-minute video of the warriors, CLICK HERE.