He was fifteen that year so he would be about sixty-one today. I wonder if he remembers the tall, amply-endowed American girl standing in front of him shocked and naked except for wooly gray socks?

Did he know how close she came, at the beginning of her search for European summer adventure, to burning down the Charing Cross Bed & Breakfast that was his home?

In 1972 it was de rigueur for young Americans to travel, wearing backpacks and hitchhiking, all over Europe.

It was the season of the hippie, a group to which I never felt I truly belonged since I always had a job.

As a budding young graphic designer in a “boutique“ LA ad agency on Wilshire Boulevard, I had the beginnings of a "career" something not exactly in keeping with the trends of a group whose motto was, “Never trust anyone over thirty.”

My motivation for a summer in Europe was sparked when my boss, the art director, sent me to Western Union first thing one morning to wire fifty dollars to his eighteen-year-old daughter in Switzerland.

She’d been crafty to explain to her father that she personally wasn’t out of money, but she had a couple of friends who were in dire need.

I began to think about how a girl years younger than myself had the courage and self-confidence to traipse all over Europe.

Two months later I gave my notice and departed, alone, for a three-month grand adventure.

The plane landed at London’s Heathrow airport in blinding late-night rain. From inside the airport I watched the luggage as it was unloaded, piled high on a cart, and driven towards the terminal. I spotted my meager cloth backpack right on top of the pile, absorbing more than its share of the downpour.

Even at that late hour, from a telephone directory at the airport, I managed to secure a room in a bed-and-breakfast. There a round-shouldered, middle-aged man escorted me up five flights of stairs to a tiny room under some eaves. He showed me how to put coins in the meter in the hall for electricity and how to turn on the space heater that would later lead to my downfall.

After he left I lay on the short little cot, feet hanging over the bottom, exhausted but wide awake with excitement.

My first night in Europe, in London! Alone with my thoughts, accompanied by the rain pelting the glass of the single window at the end of the narrow room.

My first impression of London was of a chilly, engulfing grayness. It seemed fitting that I put on gray wooly socks to keep my feet warm while I eventually slept.

At the foot of the cot hummed the little space heater, its shiny metal bowl nicely reflecting a small amount of heat from the exposed coil element burning hot and red at its center. There was no protective screen and the ancient cloth cord was frayed at the point where it met the plug.

With the cavalier confidence of youth, none of this prevented me from sleeping well and soundly for the remainder of the night.

In the morning I awoke to what for London must have been a clear dawn in that it had stopped raining. I was not disappointed as I hadn’t really expected sunshine in a city rivaling my hometown, Seattle, in its reputation for fog and rain.

What surprised me was the smell.

At the foot of the bed, the brown wool blanket had slipped to the floor during the night, where a corner of it had met up with the red hot coil of the open space heater. There it smoldered, luckily fire-impaired by the notorious London dampness, but nonetheless producing an alarmingly ample amount of black smoke.

Socked feet now on the floor, I grabbed the blanket and rushed to the sink in the corner of the room. I turned on the water and immersed the smoldering edge. My eyes stung. I coughed.

Full of adrenalin, my naked body was oblivious to the cold of the room.

That was when I heard a clicking of keys in the lock. I started as the door opened.

The proprietor’s fifteen-year-old son stood in the doorway, large ring of keys in hand. His pimply face reddened with self-consciousness and he stammered his explanation. “S-smoke was coming out under the door… I-I thought there was a f-fire…”

When he continued to stare I realized the smoke wasn’t so thick that he couldn’t clearly see my naked body. I admit I didn’t hurry to cover myself with the rest of the blanket; the look on his face was just too amusing.

Smoke followed him out of the open door and down the hall stairs.

In the formal dining room on the first floor, seven other guests were already seated at the round table when I arrived for breakfast. There were rolls and biscuits in baskets with jelly and thin slices of ham. Some of the guests cracked soft-boiled eggs in egg cups.

I was wondering where they’d gotten them when a side door opened. The boy who had come to my door entered the dining room.

When he saw me his chin went to his chest and his eyes fell to the worn carpet on the floor. But not so quickly that I missed the flush on his face.

He served me tea with milk and a soft-boiled egg in a china cup, and never spoke a word. I couldn’t think of anything to say to him. We carefully avoided looking each other in the face.

When I left the Charing Cross B&B I was sure that kid would never forget me.

But now it’s more than thirty years later and I wonder. Has he told this story on occasion to friends over a pint in a London pub? Did he ever tell the girl he most likely ultimately married about the naked American who nearly burned down his parents’ bed-and-breakfast? Does he remember it at all?

Time tends to alter details and perhaps his version would differ in some way from mine. One thing I’m sure of: he probably didn’t tell his parents what he saw. 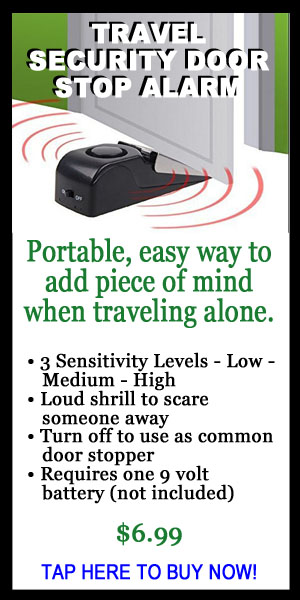