On occasion, I have questioned the abilities of weather reporters in Vancouver, Washington and other cities. Checking the hourly weather for Rome, the forecast calls for 0 percent chance of rain.  However, when I look out my hotel room window, droplets fall from the sky and run down the street. It's raining! 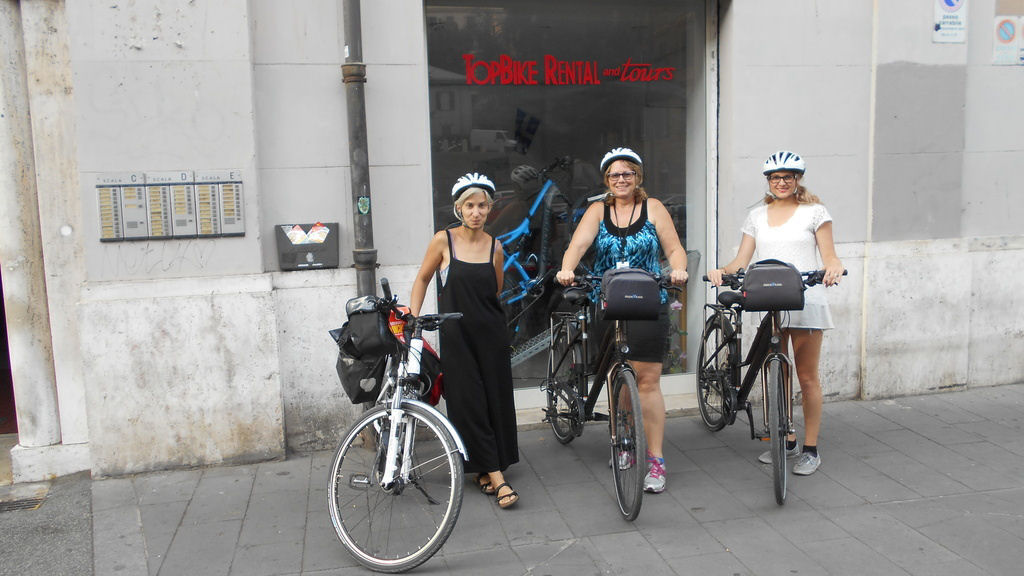 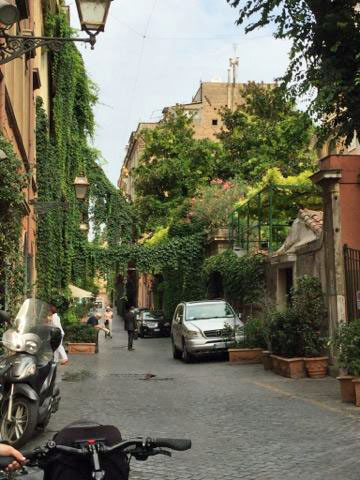 On August 30, 2016, I concluded that weather reporters in Rome definitely attended the same educational facility as those from Washington.

In Rome, Italy the forecast was 0 percent chance of rain and 84 degrees. My daughter Brittney and I walked three miles to meet with the bicycle tour company.

At 7:45 a.m. the heat from the brilliant sun was already beating down upon us. Humidity was high and although we walked slowly, our shirts were damp by the time we arrived at the bike shop.

The planned tour included three hours of riding and sightseeing in the center of Rome.

The sky sustained a few clouds, but nothing that gave any forewarning of what was to come during our bicycling in Rome.

Our ride began at 8:45 in the morning, and by 10:30 I began to sense trouble. The sky grew ominously black. 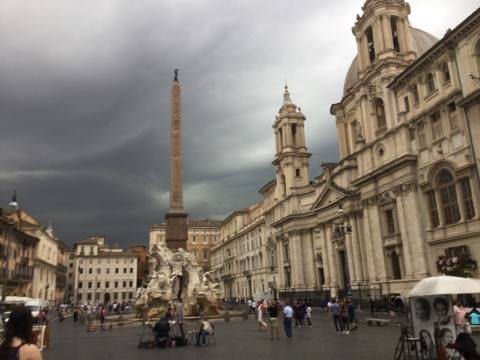 The clouds swept across the firmament creating an image like an angry sea. One wave washed over the next and disappeared into a deep blackness. Only moments later, the clouds interlocked and grew so enormous that they resembled a tidal wave so powerful it could swallow everything in its path.

The sound of thunder broke through the sky and rattled the plaza where we stopped to view a fountain. A flash of light broke the darkness, and then it happened.

The heavens broke open and droplets did not gently cascade down from the sky.  Torrential rains with hair-whipping winds came out from the sea above.

Two to eight inches of water filled the cobblestone streets, and within moments a swift and hazardous river raced downhill. We donned thin plastic ponchos and ventured out into the rivers.

I don’t bicycle in the rain, even in Rome!

At home I will not ride if it is even slightly wet for fear that I will “wipe out.”

Earlier that morning I asked the guide, “What is a ride like in the rain with these cobblestones?” Just looking at them I could sense that they must get extremely slick.

Her reply was, “The roads are slippery when wet, and we travel much slower.”

Now it was time for us to experience how people have managed to deal with the rains in this area for hundreds of years. Rome has flooded repeatedly.

My fears being realized, I kindly asked Allesandra, the guide, if they had a van that could pick us up with the bikes and return us to the bike shop. To my disappointment her reply was, “No, we don’t have that. We will ride slowly.”

My first thought was, Lord, keep us safe. Brittney and I are all about adventure, but I have never in my life, by choice or necessity, consented to riding in conditions like these.

However, sometimes people must look past their fear, face the danger, and realize that in the end there will be a story to tell. I climbed aboard my already saturated bike, and we began the return journey.

It was dark and I concentrated on staying upright while peddling through the river that deepened at every junction. I was shocked at how quickly the water flooded the streets and how rapidly it ran, trying to escape to the river nearby.

It was a good half-hour ride back to the shop. Allesandra kindly decided we would not return via Capitol Hill as it would be too dangerous going down with virtually no brakes.

Traversing the cobblestone rivers was a frightful experience, but when we arrived on the main streets of Rome we were in for a new kind of drama.

Cars, for some unknown reason, deemed it important to race between raindrops and accelerate beyond their normal speed. Sprays of cascading water erupted from their wheels as they drove through the small lakes that engulfed the road.

We were drenched within the first three minutes of riding in the storm, but these moving waterfalls, created by cars, easily penetrated the thin ponchos. Fortunately it was warm outside—the soaking did not cause a chill to add to our discomfort.

We arrived at the shop and disembarked no worse for wear. The sea that came down from the sky washed everything below, aiding us in arriving a bit cleaner than when we started.

All in all – bicycle touring in Rome was a great adventure! 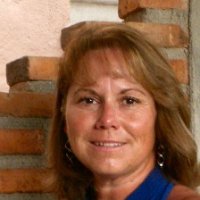 Tracy Beard is a freelance writer specializing in travel, non-profits, alternative medicine, and direct response copywriting. As the founder and past president of an international children’s non-profit, Tracy traveled extensively, empathized with people in need, learned the importance of good health, and raised funds writing exceptional direct response copy.

Her thirteen years of experience writing in various genres has added to her expertise. She is a member of AWAI (American Writers and Artists Inc.) and ITWPA (International Travel Writers and Photographers Alliance).