When my long-time friend Kara Knack, who served for years on the Friends of the Observatory Board of Directors, described the project she envisioned as part of the new installations, I was intrigued. 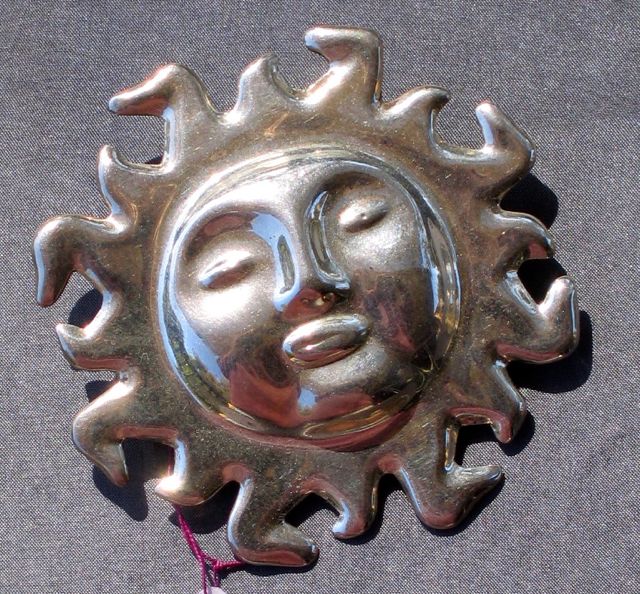 She explained that a long hallway would link the historic building on the ground level with the new Gunther Depths of Space on a subterranean level.

Her idea was to create an exhibit in this otherwise boring and long corridor, and use celestial-themed jewelry from her personal collection to attract attention to and illustrate a timeline of earth’s development in the universe.

Griffith Observatory Director Dr. Ed Krupp had challenged her to come up with an idea that would be “obvious and thoughtful, yet visually random and chaotic.” 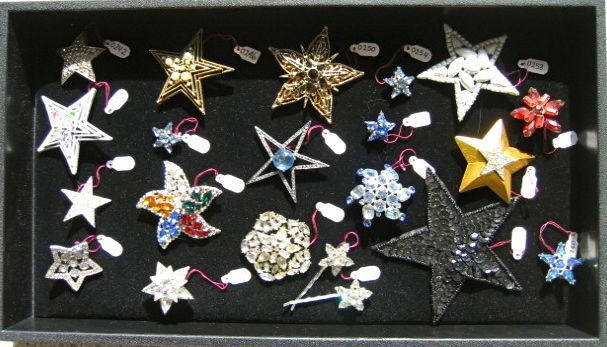 A tray of jewelry featuring the five points of a traditional star image.

What evolved is the Cosmic Connection, a 150-foot timeline of the universe illustrated by over 2,300 pieces of celestial-themed jewelry in a glass case that lines the corridor. 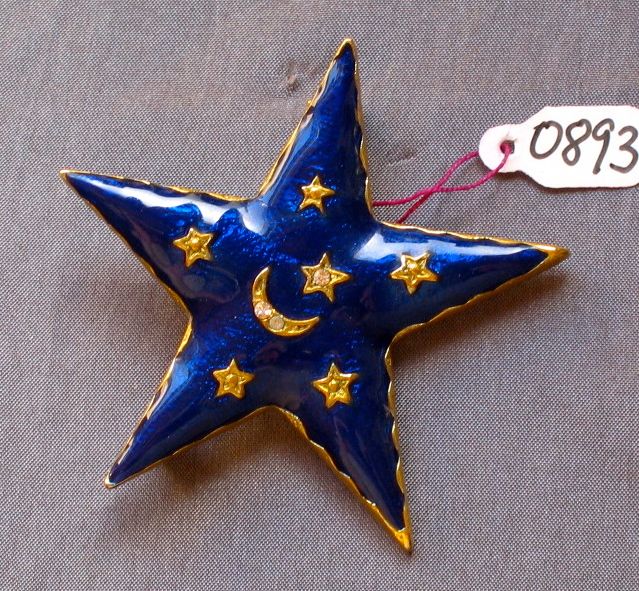 When I offered to help, I didn’t know that for the next three years, during a succession of visits from my home in Las Vegas to Kara’s home in Point Dume, Caifornia, I would number, label, photograph and log over 2,500 individual pieces of jewelry. 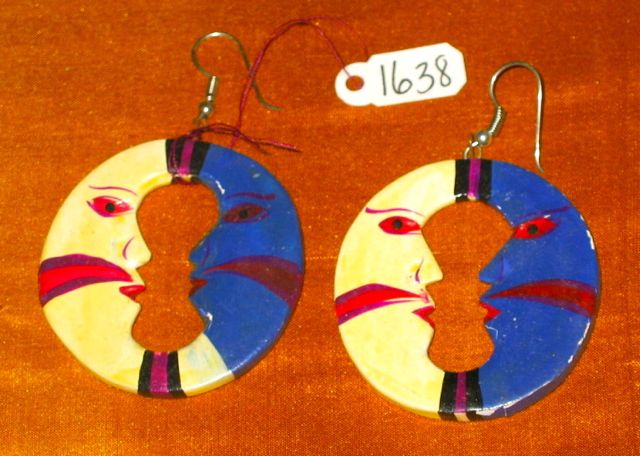 This “work” was accompanied by many glasses of wine and interesting stories of how Kara came to acquire a particular piece.

An unforseen challenge for Kara in establishing The Cosmic Connection was that the New York exhibit design firm contracted by the Observatory saw no merit in the idea. They didn’t NOT support it; they simply ignored it. No help was offered on how to physically construct the Cosmic Connection. 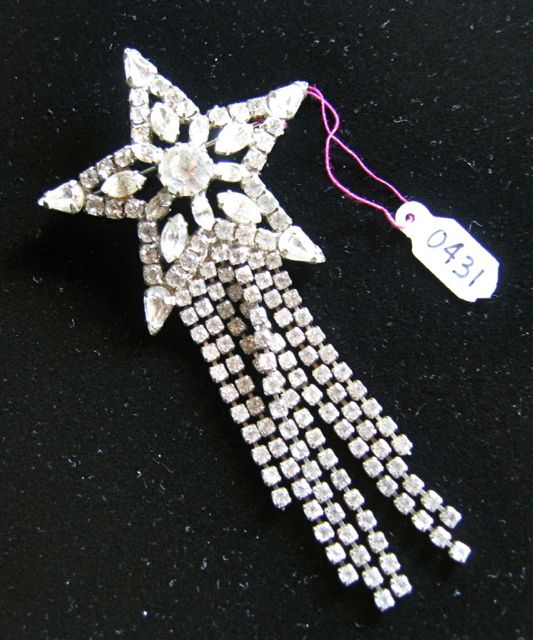 But Kara, with her infinite creativity, figured it out herself. And in the end, she assembled about 17 of her close friends, myself included, to install the pieces the Friday before Griffith Observatory was scheduled to reopen. 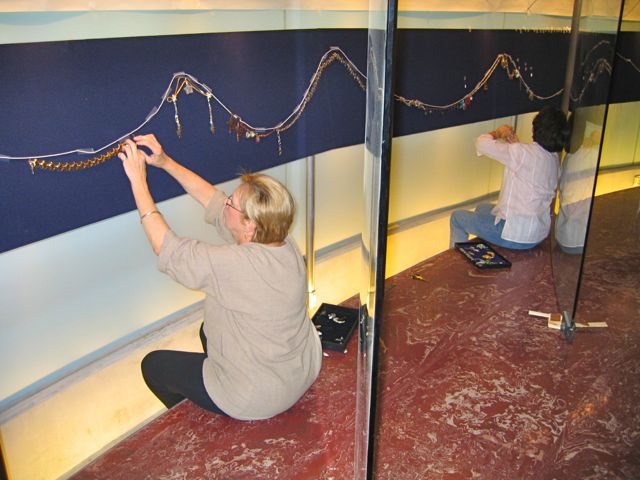 Pat and Maggie affix jewelry pieces to a felt-like background, following a temporary line of string to indicate the flow of the design. 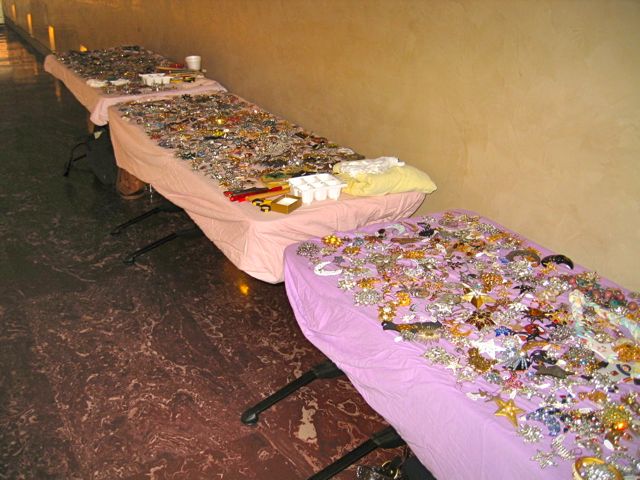 All the pieces of jewelry to be installed are laid out on several tables. 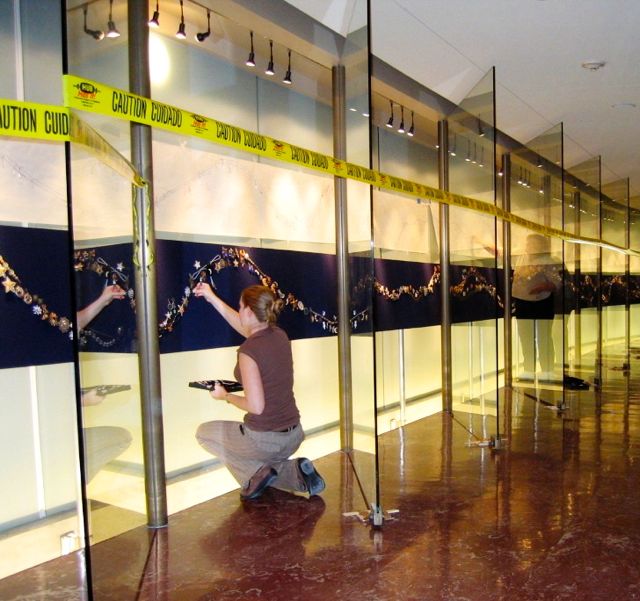 When the installation is completed, these glass "doors" close, only to be opened again when the exhibit needs cleaning.

The formal debut of The Cosmic Connection

A private gala was scheduled for that evening, so the pressure was on and, under Kara’s supervision, everything was satisfactorily completed in time.

Today, when visitors are asked on comment cards to identify their favorite exhibit, many note, “The Cosmic Connection.”

Did I mention that each piece of jewelry periodically must be cleaned—by hand? In this universe, even dust can accumulate in a glass case.