After 3 long flights, (Vegas to Newark to Frankfurt to Istanbul), we arrived at Istanbul‘s Hotel Orsep in the late afternoon.

It was too early to go to sleep and too late to take a nap. So, exhausted and jet-lagged, we decided to take little stroll outside to kill time until dinner. 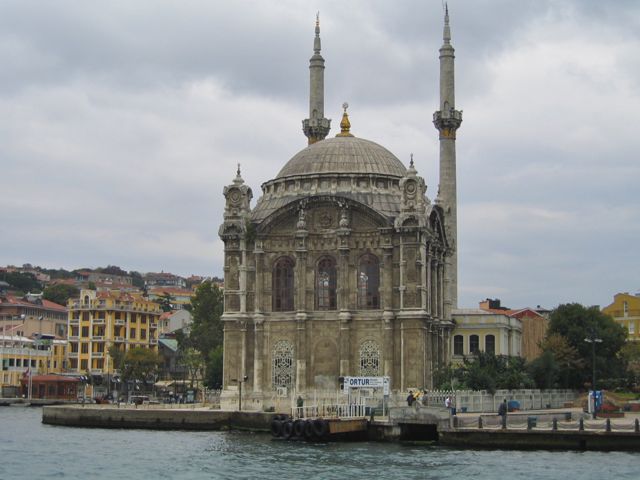 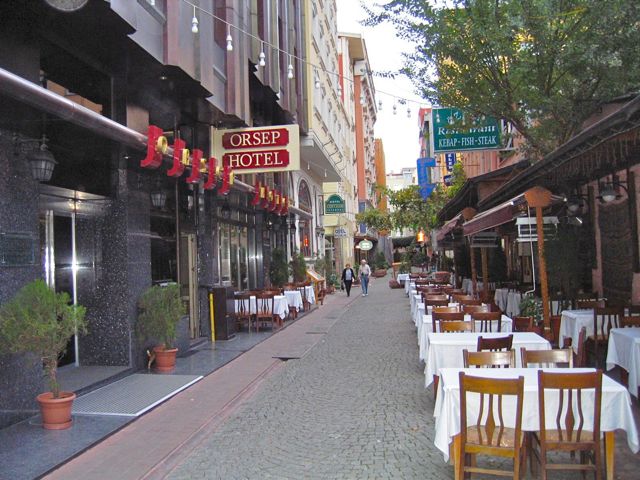 We discover a quaint and colorful neighborhood of narrow cobblestone streets, one and two-story hotels and businesses, and restaurants with tables and chairs placed on the sidewalks to the edge of the curb. 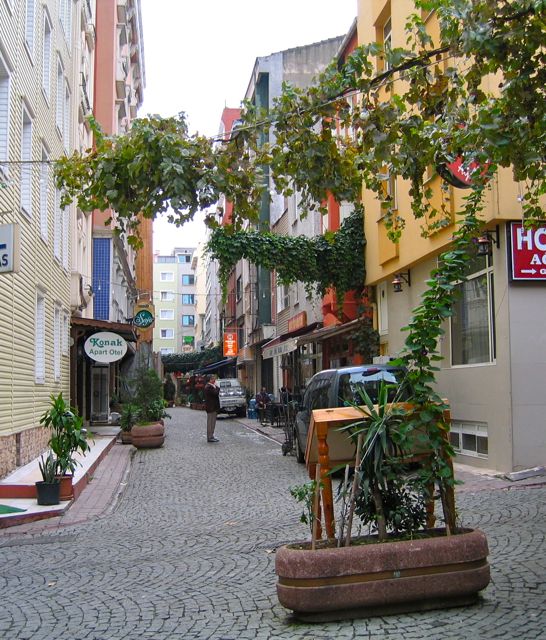 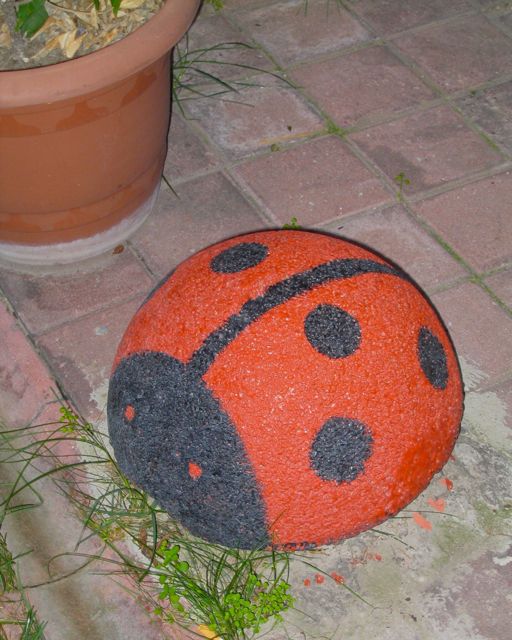 The curbs have rows of cement parking “balls” that are painted to look like ladybugs.

Nearby is the Blue Mosque, in Turkish called Sultanahmet Camii. Blue tiles surround its interior, hence the nickname. It dates from the early 17th century, and besides being a tourist attraction, it’s still an active mosque, closed to non worshippers for a half hour during the five daily prayers. 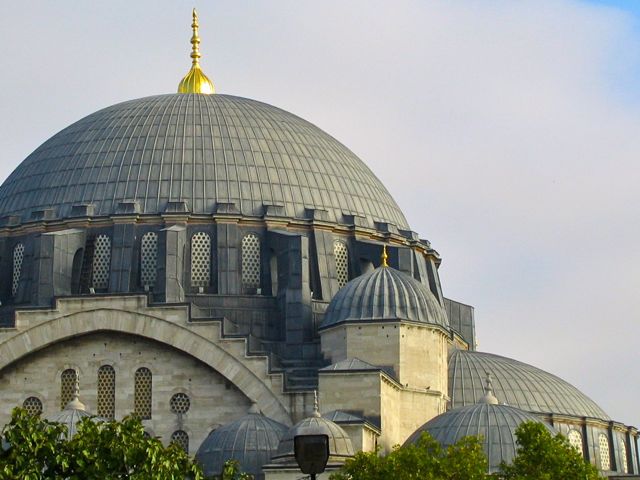 But we will see the famous mosque another day. 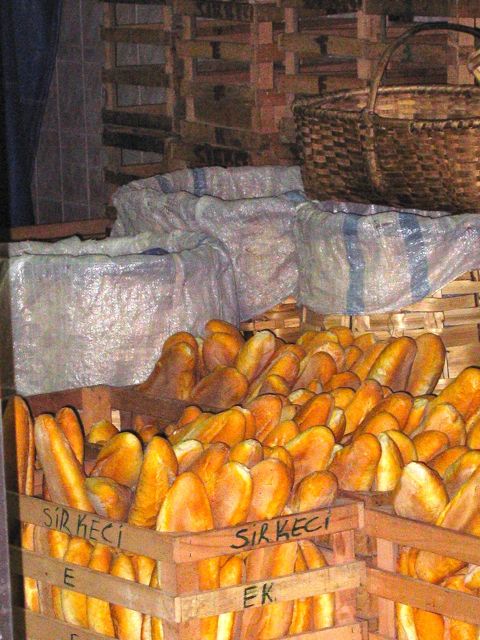 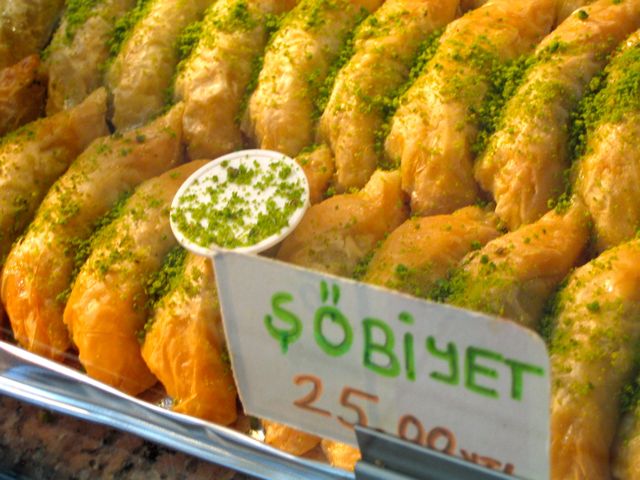 And my personal favorite, baklava! 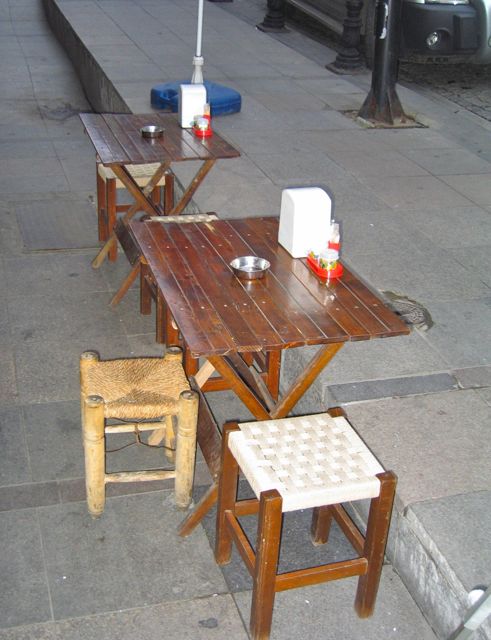 All the outdoor cafes serve a popular hot drink, apple tea. At a café with tables covered with pristine, white tablecloths, we collapsed and ordered two apple teas. Now we were too excited to be in Turkey to be tired.

There were no other customers; I guess they come out later for dinner. So we had the handsome young waiter all to ourselves.

The ex and I drank our tea, talked about the trip, and took pictures of each other with my new pocket Canon digital camera. 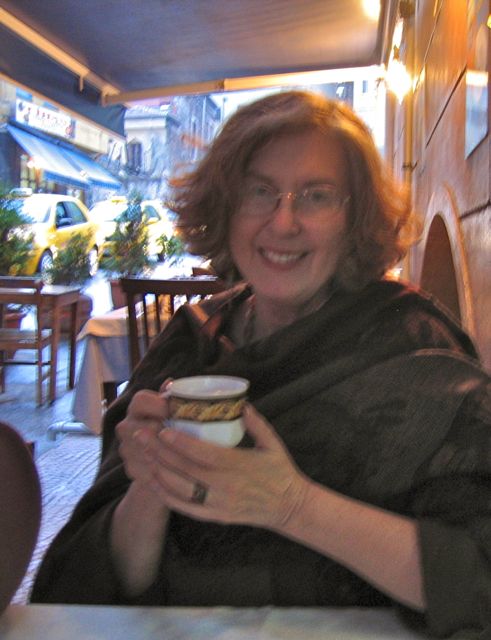 After awhile, he paid the bill and we wandered down the street in the direction of our hotel.

Then I heard shouting behind me. The waiter was running after us, waving his arms.

In one hand he had my new digital camera, which I had left on the table next to my teacup.

I was so surprised that I had left it and relieved to get it back that I threw my arms around him in a big hug.

When I released him he stepped back, a startled look on his face. He said no more, turned, and ran back to the safety of his restaurant.

I think being grabbed in a hug by the tall Americana had not only surprised, but frightened him. 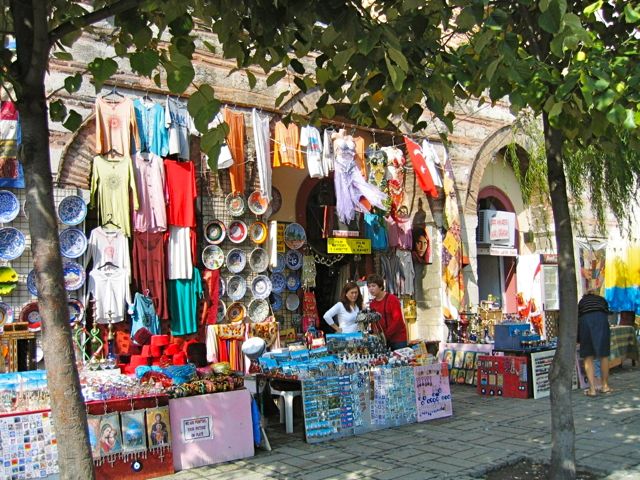 A colorful wall of things to buy :)

Tomorrow’s AtoZ Challenge: For the letter J, I’ll write about journaling while you travel, with a few tips on adding some doodles and art to your journal.