A personal growth get-away on the Island of Women.  Guest post by Janeen Haliwell

The year I turned 50 I realized that, like all women my age, I’ve done my share of moving forward over time.

But even with 40+ years of experience under my belt, I was not prepared for how difficult it would be to move forward when I lost my father to pancreatic cancer. The grieving stopped me in my tracks.

In the summer of 2010, my father was failing, quickly. I put my work as a consultant and other responsibilities on hold and moved in with my parents. A move into Hospice followed, at which time the inevitable became our reality.

The months that followed were rough. My mom went to Isla Mujeres, the 'Island of Women' off the Caribbean coast of  Mexico, to heal.  Isla Mujeres is known for its magical qualities that can help heal people’s souls.

I visited her there in March 2011. I was still grieving and finding every day to be difficult. 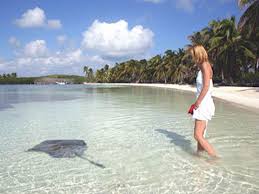 A ray at Isla Mujeres

It was during this trip that I had a vision: I will host an International Women’s Day conference and celebration on the Island of Women!

It was time to take on a project that would ignite my soul and that had an element of risk, as risk-taking is something I encourage through my work.

The conference needed a name. I called it We Move Forward because the 3+ days were about women living their best life - and this involves forward motion.

It would be different from other women’s retreats and conferences. Inspirational speakers would not give a canned talk and leave—they would engage in the full 3 days. Group discussions and fun activities would have women connecting, laughing, and learning from each other. 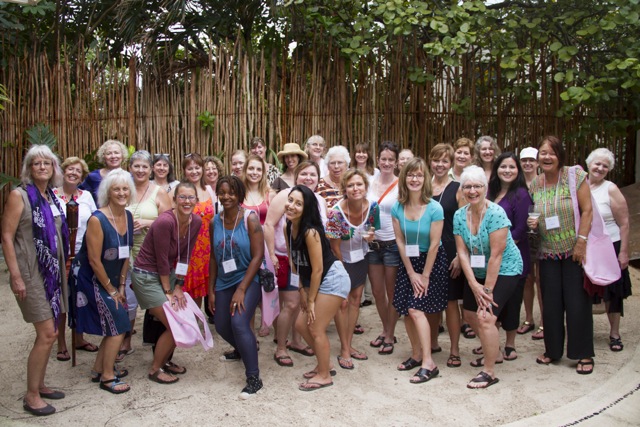 We Move Forward  would create positive change and it would include local women through sponsorship.

I felt passionate about my vision, and set out to create it. I had a snazzy website developed, booked a conference space, and approached potential sponsors.

I got on a bus in Mexico and visited international women’s clubs in Cancun and Merida, encouraging women to join me on Isla in March 2012. I made my voice heard on television, radio and social media.

You see, registrations didn’t take off as I had hoped.

They trickled in. Consequently, some of the people who were eager at the beginning of the project began to lose interest. Many dropped off. It didn’t look like a money-maker after all. 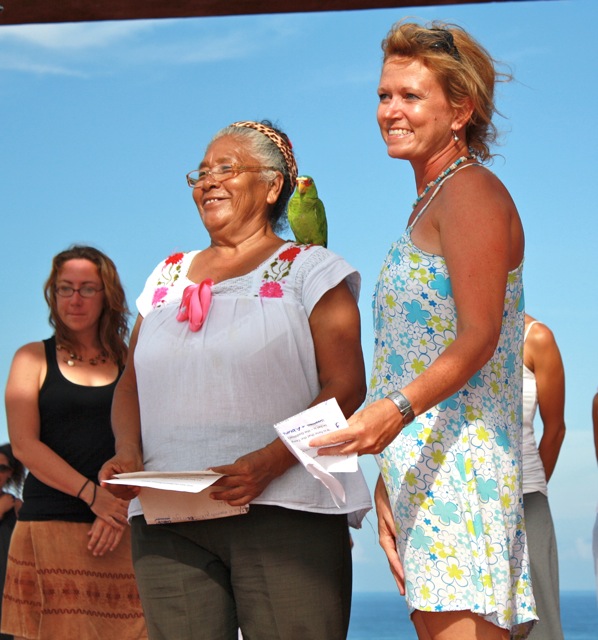 Island of Women -
I must move forward!

In January 2012, I sat down with my registration sheet that contained 21 names, my project plan and calculator. I needed 63 registrants to pay for my promises. If 45 women registered, I would lose money, but still be able to run the conference. But at 21, I was deep in the hole.

I was faced with the question: Do I quit or do I move forward?

I reflected on why I wanted to see We Move Forward happen. I wanted to prove to myself and the women who attended that ordinary women are capable of extraordinary things—and by doing this I would be living my best life.

So, I pulled myself up by the bootstraps and took a broad step forward.

And, on March 8, 2012, 81 women gathered on Isla Mujeres to celebrate International Women’s Day. The 3-day conference surpassed everyone’s expectations. Women called it “crazy amazing”, “life-changing”, and “a MUST for all women.”

I am thrilled to say that the WMF community continues to grow in numbers, with many women returning again and again.

With every Ending there is a New Beginning

We can roll our eyes, laugh or cry at the memory of buying our first bra, going on a first date, having a first kiss, getting married (or not), deciding whether to have kids (or not), and being a mom, a single mom, stepmom or grandma.

We’ve all faced decisions about whether or where to work outside the home, further our education, step out and start our own business or to take a different route altogether.

Eventually we all change roles as we go from daughter to caregiver, supporting our ageing parents and eventually letting go once they are gone.

After each of these milestones is reached, we are faced with the same question – “What next?”

The answer lies in taking stock of your ‘You Are Here’ location on your life’s journey, and being mindful of the direction in which you want to head next.

And then you take your first step forward.

Adventuress-travel-magazine.com personally invites you to join this growing community of kind-hearted and like-minded women on tropical Isla Mujeres, Mexico.

Visit the WMF website, view the video, and see for yourself why this personal growth get-away is one you won’t want to miss.