On the Roof of the World, Kathmandu Nepal

All four members of my family and a mahout sit atop an elephant moving through the tall grass of Royal Chitwan National Park on the plains below Kathmandu in Nepal.. 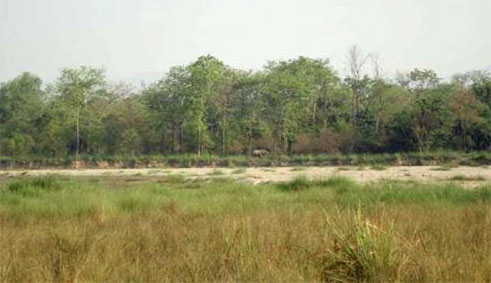 The Terai Jungle is not a wet, green jungle, but a grassland with islands of Kapok and Rhino Apple trees.

In the Kathmandu tourist brochure the park was pictured as a verdant wonderland, but this is the dry season and the grass is a withered brown.

Along the Narayani River huge mudflats smelling of rotting life stretch out along the river as it winds through the park.

There are several viewing platforms spaced widely apart across the park’s 2,000 acres. These wooden huts perched in trees are supposed to offer safe viewing of the park’s Bengal tigers, one-horned rhinos, and sloth bears. 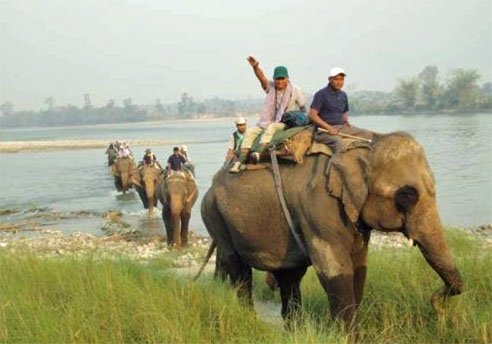 Riding on an elephant in Kathmandu is the only other safe alternative.

We are heading back to Boise the long way after a year-long stay in India. It will be the first time our children, eight-year-old Paul and twelve-year-old Katy, visit Nepal.

When we arrive in Kathmandu, it is shrouded in a cold and filthy fog which hides its worldclass mountains. There will be no mountain trekking for us. That’s why we head southeast to Royal Chitwan National Park.

We are on an elephant safari to spot the endangered one-horned rhino. If we are lucky we may even see a Bengal tiger.

It is dusk. The dust gives a purple glow to the northeastern foothills of the mighty Himalayas. The elephant sways from side to side moving the wooden saddle with each footfall. The leathery dryness of his hide rubs against our calves. The smell of day-old dung rises from the trail.

Our mahout sits, legs straddling the giant elephant’s ears, loosely shouldering a wooden cudgel. The tall elephant grass sways beneath the belly of the elephant making a soft swooshing sound. Indian Skimmers circle above us calling out their sunset songs.

This Asian elephant is massive.

We are so high up we must duck tree branches that line the trail. The elephant’s feet sink deeply into the dry earth leaving giant footprints.

Peter and I sandwich the kids between us on the long wooden saddle which is basically a slatted bench with ends. Our legs drape down the elephant’s sides between two thin planks running the length of the elephant’s back.

Katy grips the edges of the saddle, her slender frame leaning into her brother who will not let her hold him. Her smile teeters between happy and unsure. Paul bounces up and down with excitement, his arms stretched overhead as if this is a roller coaster ride.

A belligerent snort sounds loudly in front of us. The elephant makes an abrupt stop that accordions us tightly together. He raises his giant head, tusks upturned. More loud snorting.

One hundred yards to our right, staring at us, is a one-horned rhino. She is dusty gray with a horn dominating her face. Her legs are sturdy stumps, armored plates cover her back, and a fierce downturned mouth make her look invincible; a tank ready for action. 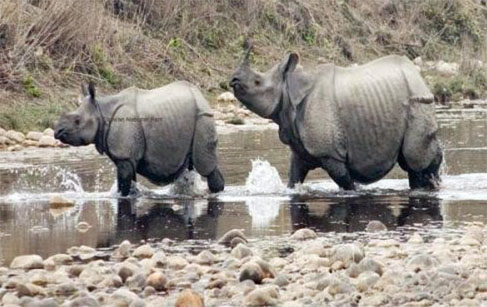 Tucked in beside her is a baby.

Rhino hooves paw the ground and the air crackles again with a snorting challenge.

Four furious, pounding hooves push the dust into billowing clouds. Our elephant rises on two legs, lifts its head backwards and lets out a trumpet of danger and threat.

The mahout pounds furiously on the elephant’s head with his cudgel. Loud hollow thuds ring out amid human curses and cries. We are shoved backward onto the elephant’s quivering hindquarter. We push against the edges of the saddle—it holds firm. We are moved, but do not slide off.

My daughter reaches back. Her fingers dig into my waist. Her screams send hot breathes into my chest. My son lets out a whoop. My husband curses in English. The mahout curses in Nepalese. I freeze into silence. Holding my camera over my head with one hand, I snap wildly. With my other hand, I grip my screaming daughter.

“Goddamn it, get this animal under control!” Pete yells.

The rhino charges, thundering straight towards us.

The rhino stops within fifty feet of us. As our elephant turns away, she doesn’t follow.

“Man Killed Defending Son from Rhino Attack.” As I lower my cup, coffee spills on the counter. 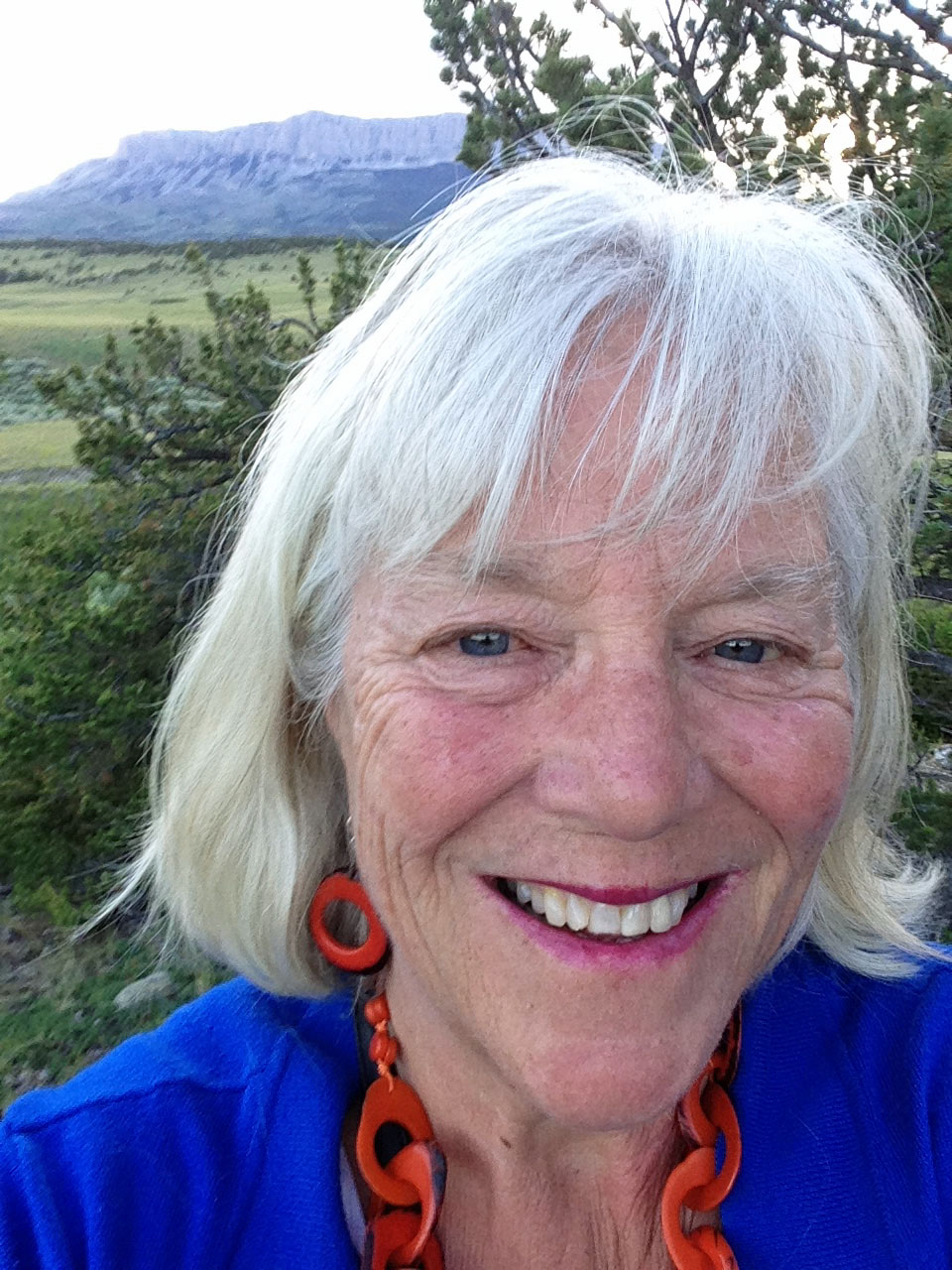 Kris Fischer is a retired teacher who spent a lot of years teaching writing to teenagers and is now trying to do it herself with the help of her friends at the Cuenca Writer's Consortium.

She divides her time between the US where she has two children and five grandkids and Cuenca, Ecuador. Her husband, Pete, and she are always looking for new adventures and challenges.