After leaving St. Augustine Beach, I traveled in my 22-foot van down Florida’s east coast in torrential downpours and heavy winds to Key West Florida. Traffic and weather made it impossible to make good travel time.

I was looking forward to slowing down with plenty of time to practice yoga, photograph colorful sunrises and sunsets, visit with friendly people. Having some time to immerse myself in the culture. I was glad for the break.

The first day’s drive had been excruciating, and I was literally dizzy and not sure if I could do the second one. But I was blown away (pun intended) by the idea that I could be so close to Key West and possibly not get there.

After an amazingly restful sleep, I woke to find only a 50% chance of rain in the afternoon forecast that would extend for another four days. My window of opportunity was open. With an excited YES!, I quickly prepared for the drive to Key West. 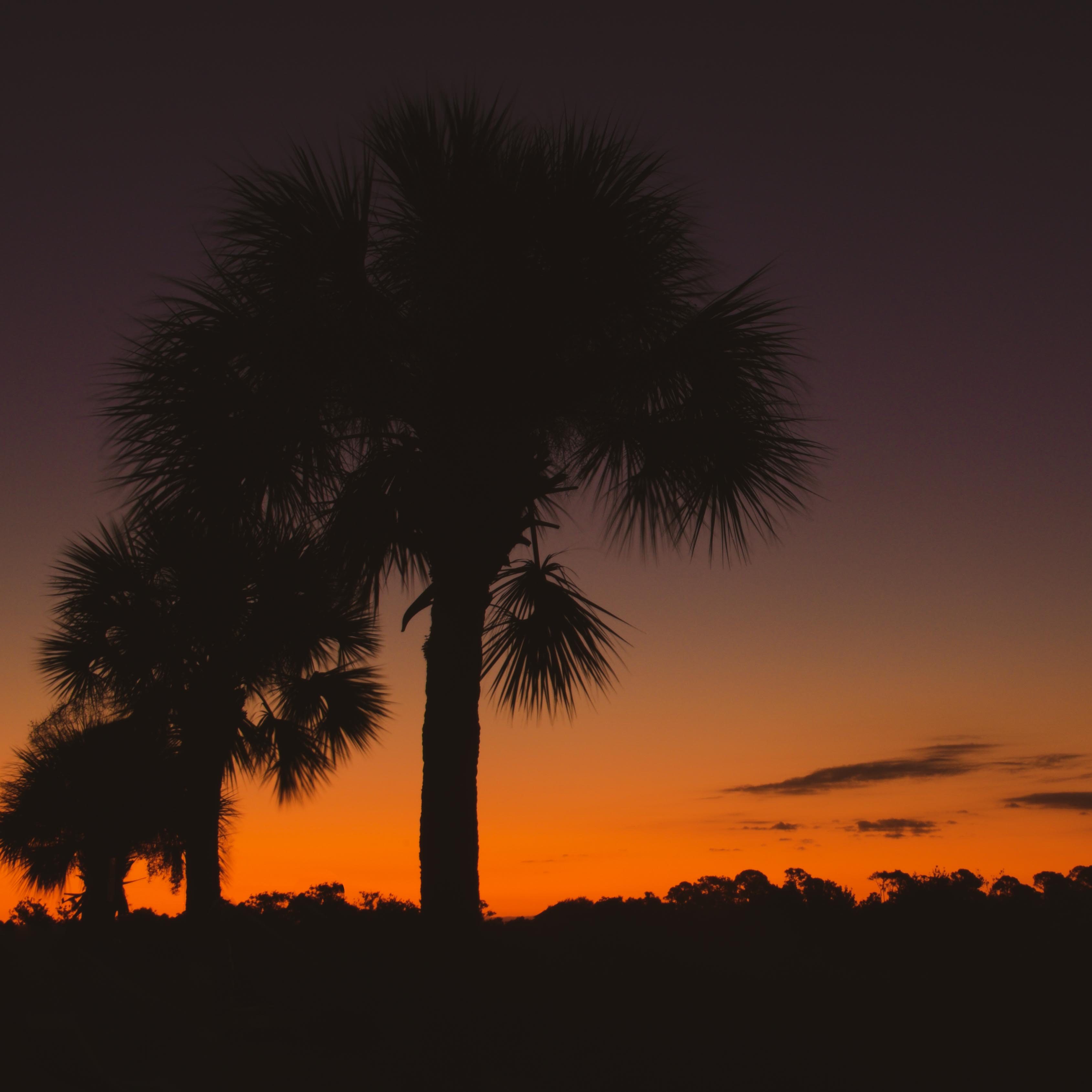 And then, almost as a seal of approval from above, in Key Largo, the early morning clouds and sprinkles gave way to a glorious sunrise.

An amazing seventeen hundred islands make up the Florida Keys. One way to Florida’s Mile Marker 0, the furthest southern point on the Continental United States, is along the overseas highway, Route One. The two-and-a-half hour jaunt took me over fourteen main islands to the one I was dreaming about – Key West. 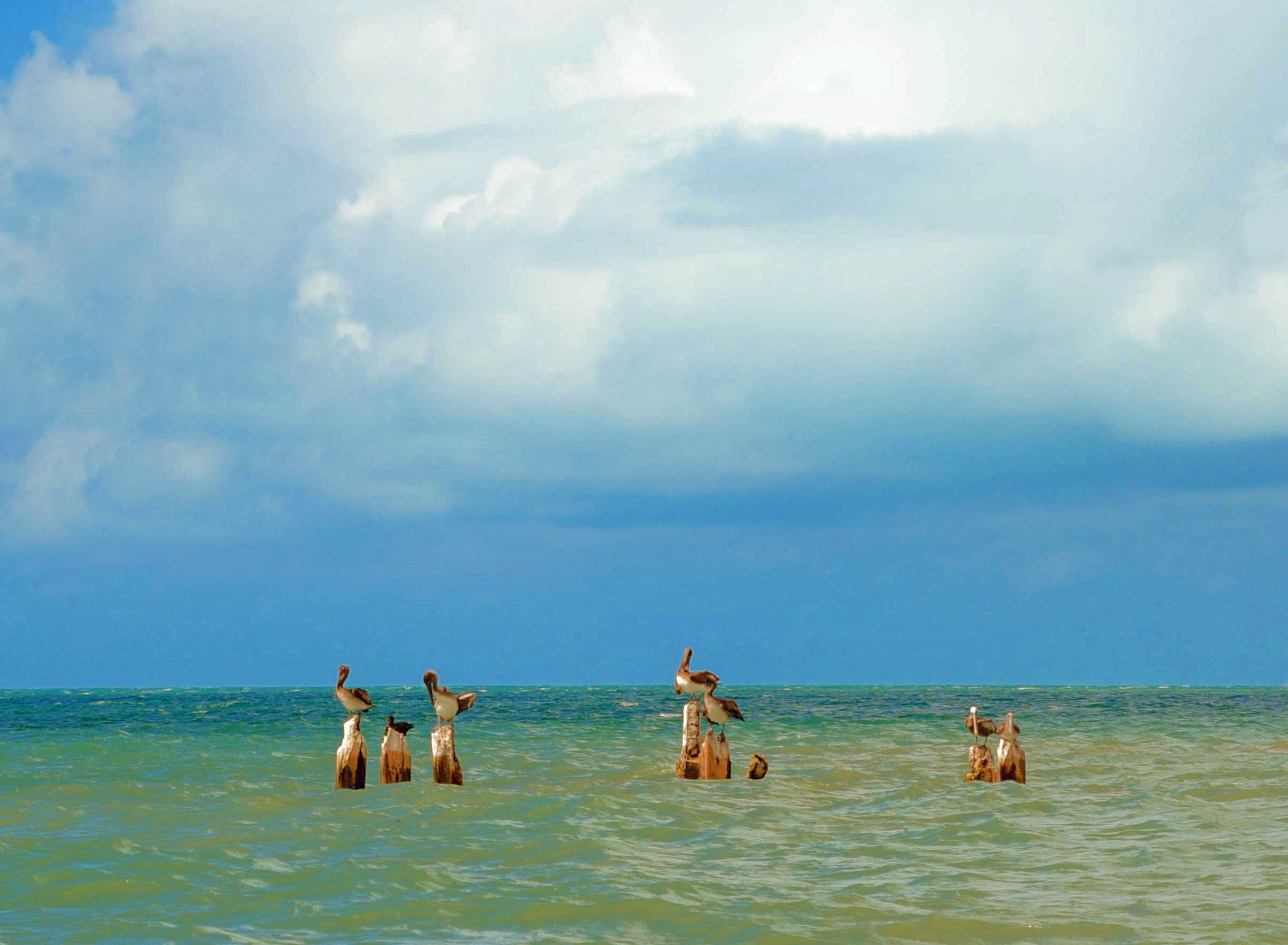 The blue-green waters surrounding the islands are inviting and serene. Best known for fishing, snorkeling, and a host of other water activities; fortunately for me, exploring and photography too!

To keep the schedule and circle the United States in thirty days, I could only spend one day here. Not to mention, the forecast had storms during the next few days. Therefore, I would need to maximize my time in Key West Florida.

I made plans to walk around the historic downtown area, explore the lighthouse and practice yoga. 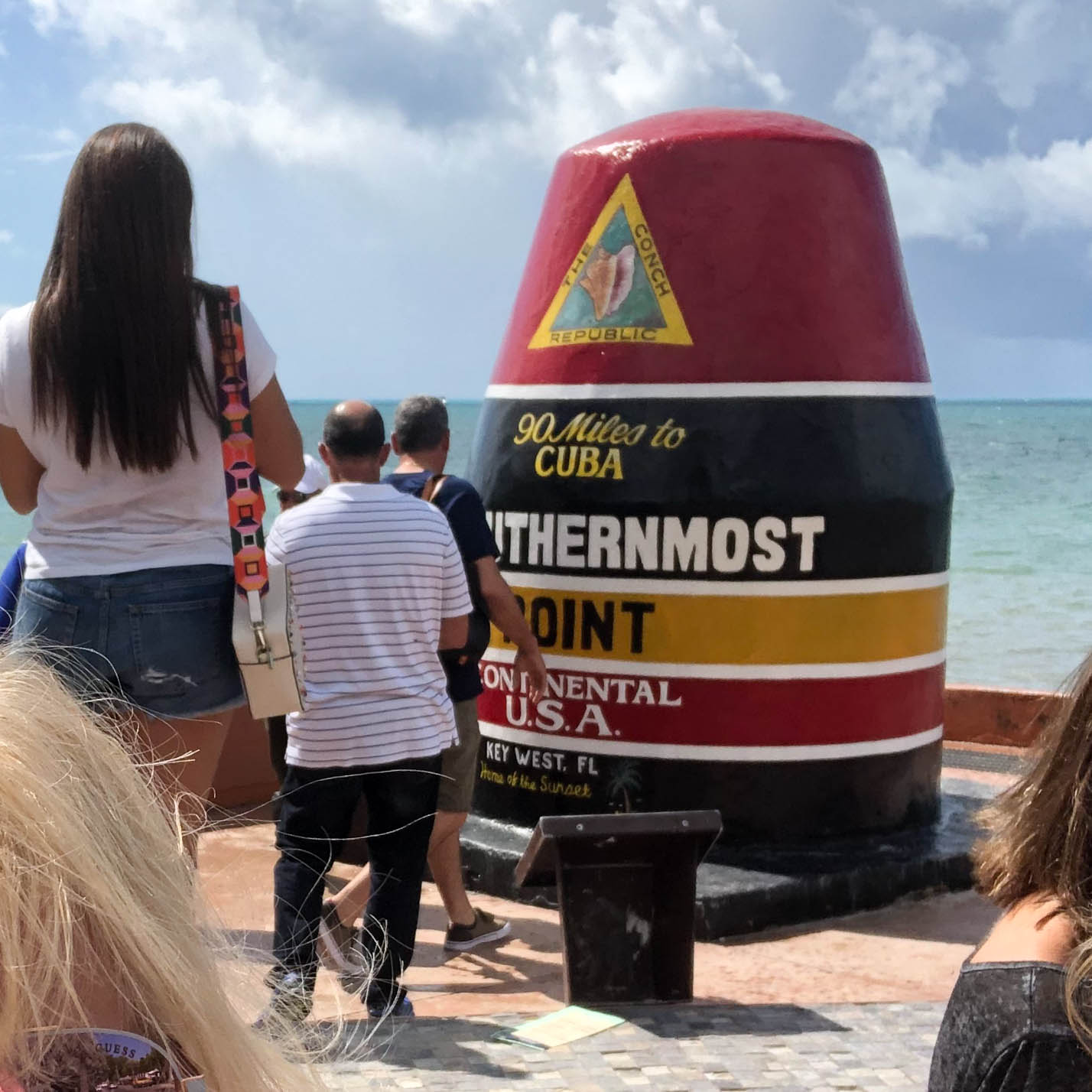 Of course, a visit to the southernmost spot of the United States and to step into the surf was top of my list. 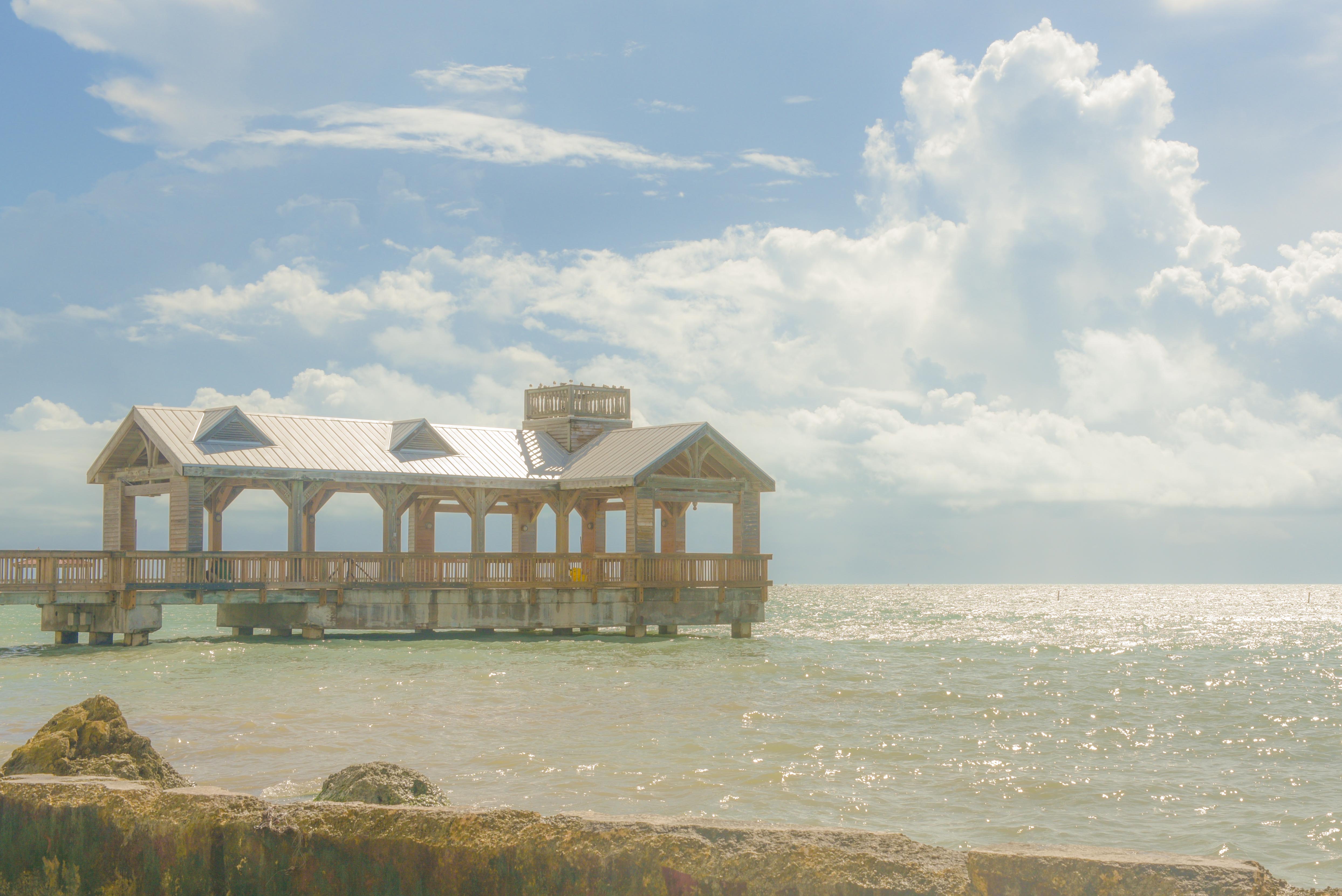 After parking and walking two short blocks south, I found a pier at the Duval Street Pocket Park near the Southernmost Point Guest House.

This tropical cabana against billowing clouds and greenish seas was my first visual impression of the Gulf of Mexico, and for that reason alone, the start to a perfect day.

Key West is a short 278 miles to the Bahamas but a quick 90 miles to Cuba – another place on my travel bucket list!

In search of the Fountain of Youth, it was Ponce de Leon who discovered this area of Florida in 1521. In my opinion, this whole area is a fountain of youth. Set against a gorgeous backdrop, caressed with salt air, it made me instantly feel rejuvenated. 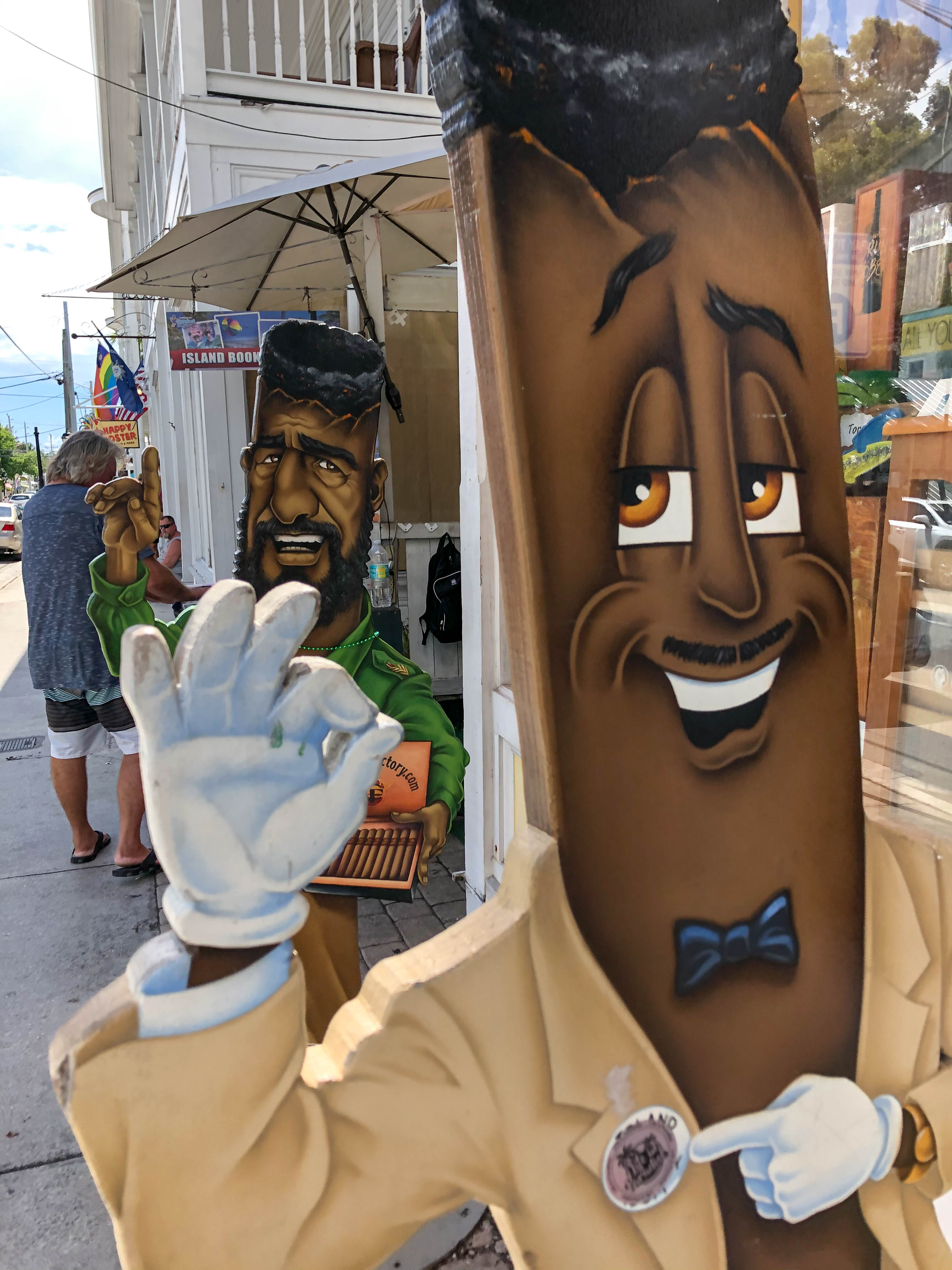 Famous for the many bars on Duval Street, the nightly sunset celebrations at Mallory Square, the the Ernest Hemingway Home and Museum, Key West offers something for everyone.

A favorite part of this day was wandering each street looking for the unusual. I was not disappointed. Colorful signs, delightful smells and an overwhelming sense of belonging greeted me on every block. 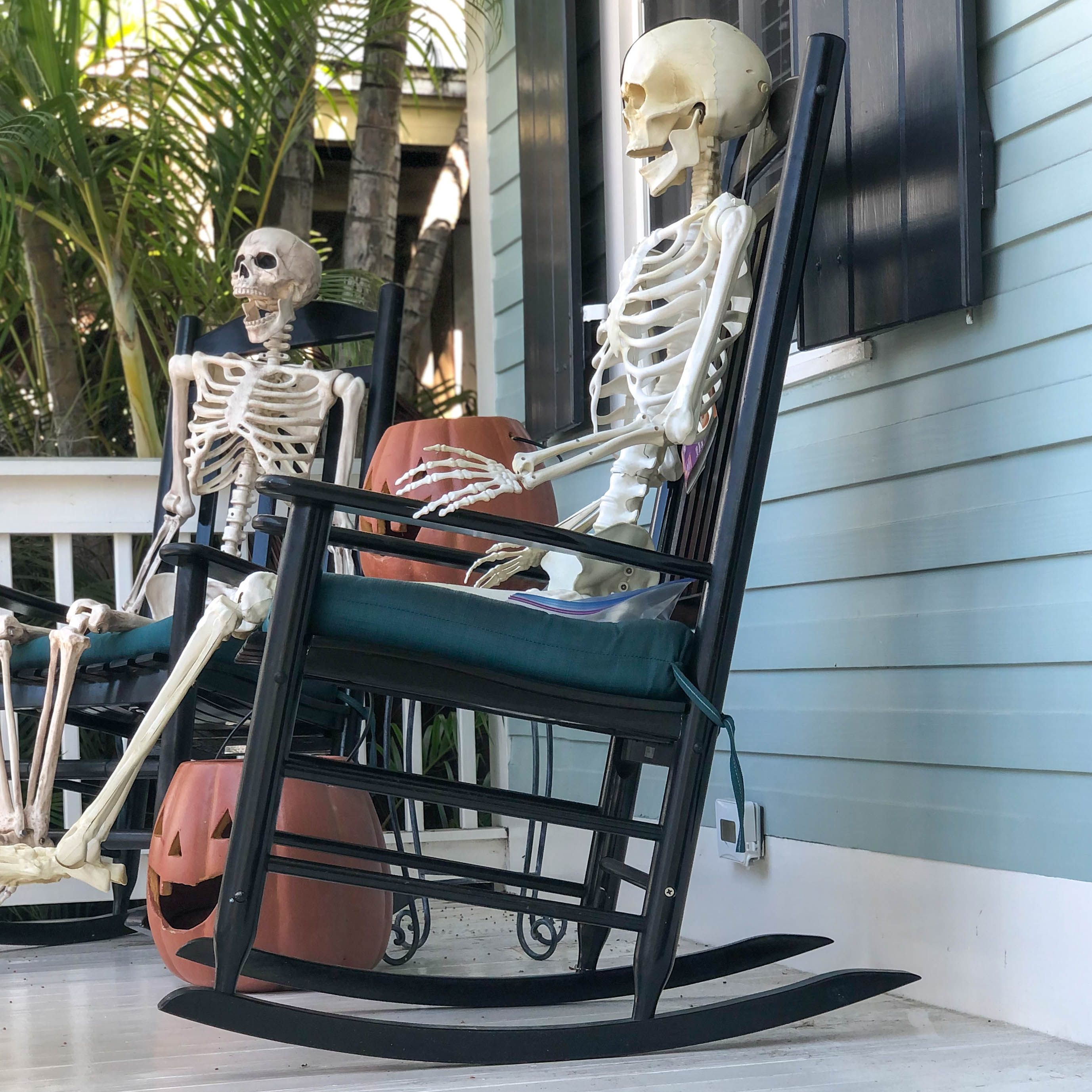 Many houses and businesses were creatively decorated for Halloween. It was hard to tell, though, if this was a family having fun or one who sat too long observing the endless stream of passers-by. 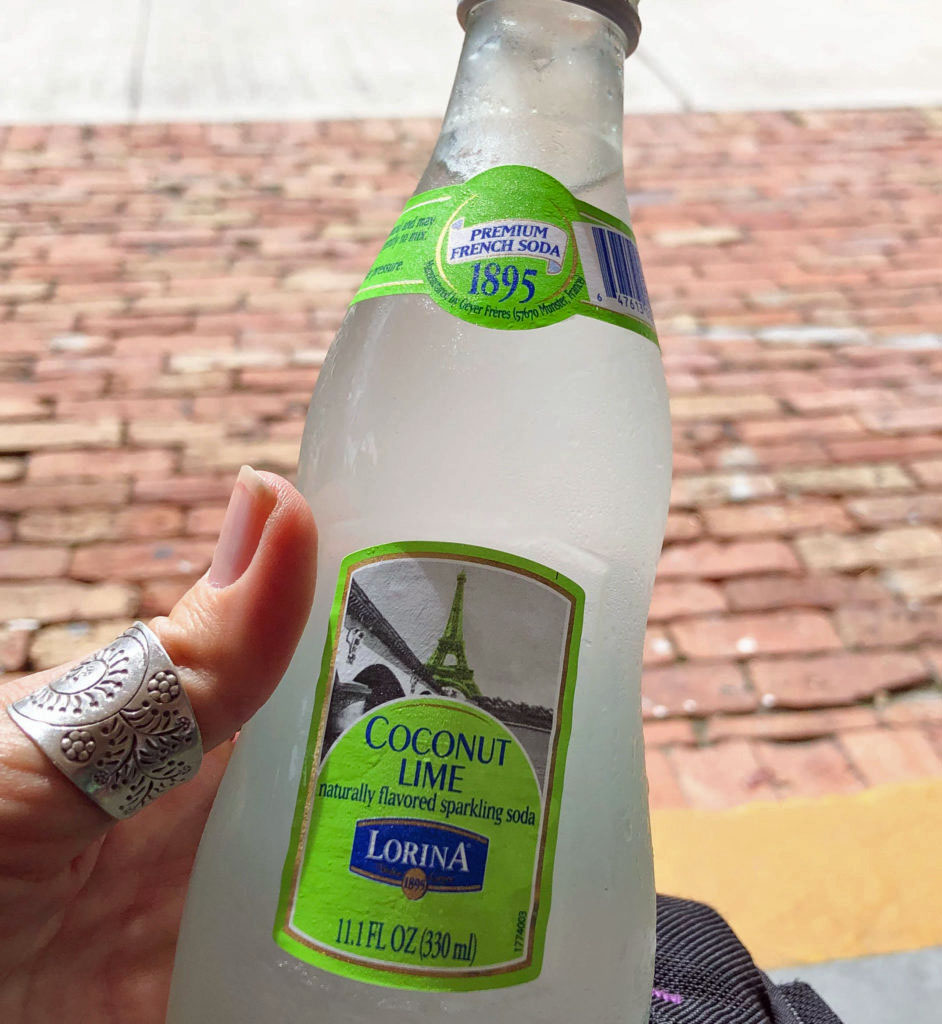 Coconut-lime is a favorite flavor here too. Many of the sweets, drinks and even pizza offer it as an ingredient. I found this premium French soda an exceptionally refreshing treat as I sat on the steps of that same porch. Mindful of the skeletons next to me, I didn’t stay long. 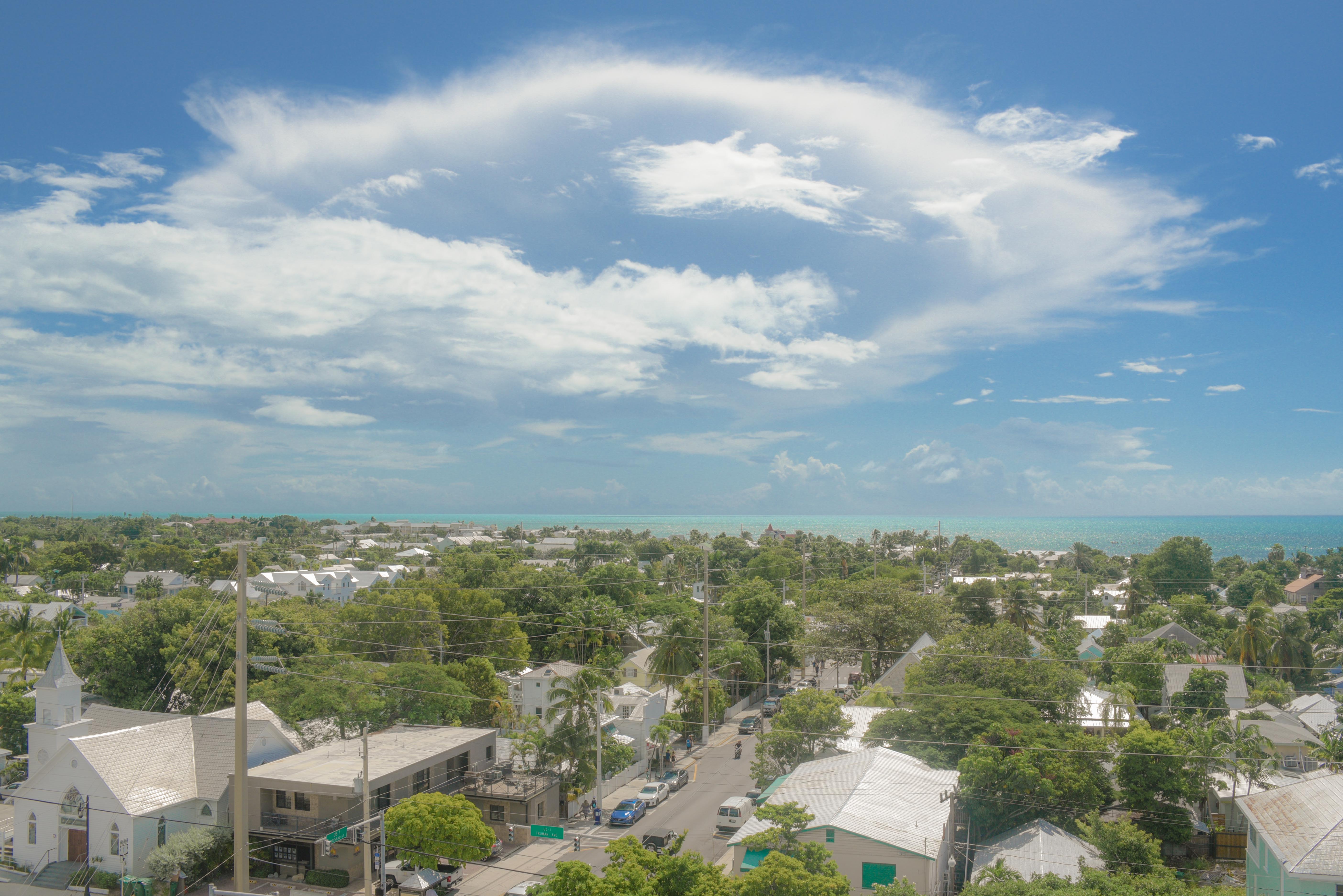 Street parking is accessible and inexpensive, but you should plan to make several circles around the area to find an open spot.

Driving my 22-foot van usually proves a little more complicated, so I always look for one at the end of a row.

Also, the side streets all look the same, so be sure to take a photo of the street sign as an easy way to find your way back or use your phone app to mark your location. 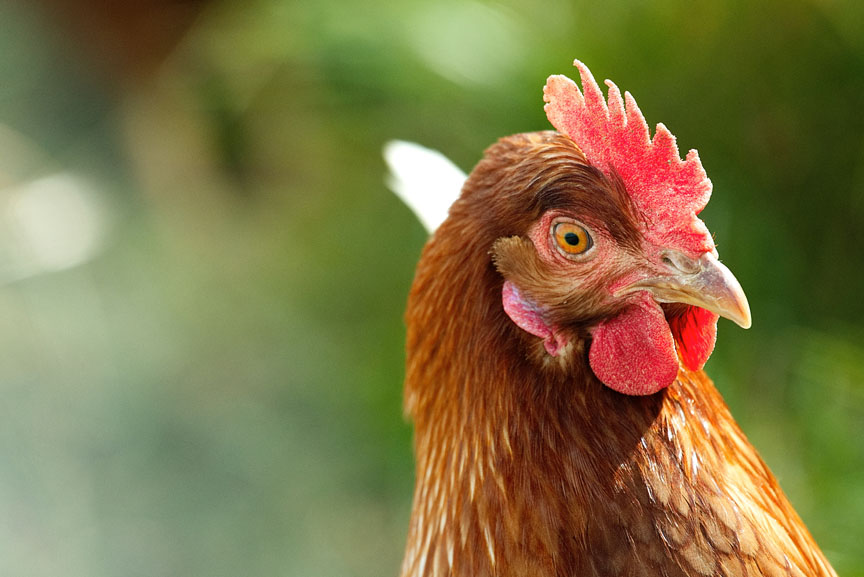 While walking toward the downtown shop area, a gang of chickens busted out of some bushes and scurried up to me. As someone who is not fond of birds, this was a bit terrifying, and I let out a little scream.

To avoid them and recover, I ducked into a store and asked the shopkeeper what was up. I found out they roam free here. Yikes!!

He told me they are descendants of the birds brought here by island ancestors from Cuba and the Caribbean islands to be used as food (probably Ponce de Leon).

And, over the years, many of the birds had escaped their enclosures or had been released when cockfighting became illegal.

I would quickly add to today’s itinerary, covert operations necessary to avoid chickens! 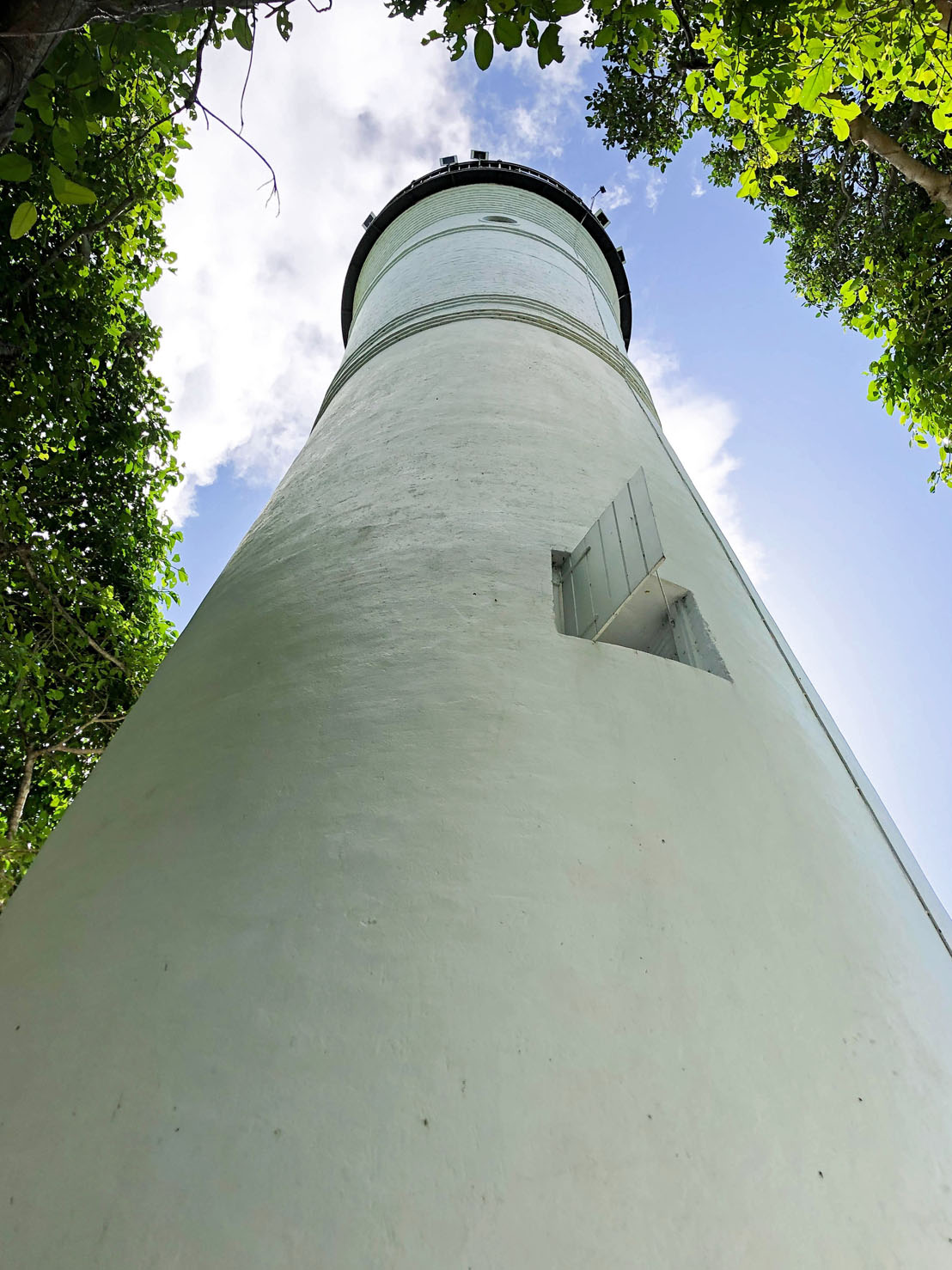 I was thrilled to find a lighthouse I could explore.

Constructed in 1825, I found out the Key West Lighthouse assisted ships entering the port to avoid the dangerous reefs surrounding this furthest most southern tip of the United States. 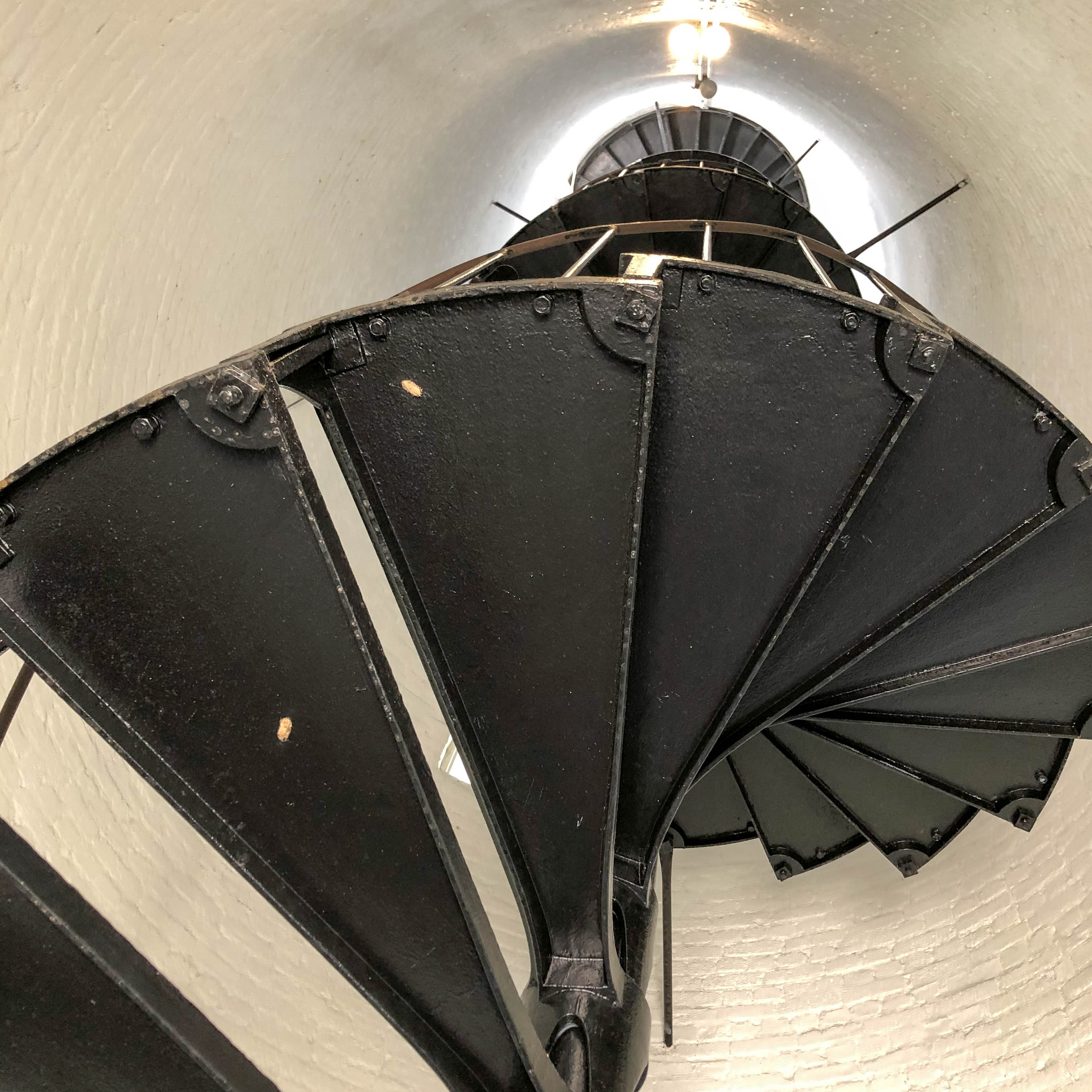 Along the moderate climb up the 88-steps to the top, the iron spiral stairway offers stops to rest and peek out portholes. It’s a hint to the fantastic view that awaits the stroll along the catwalk at the top. 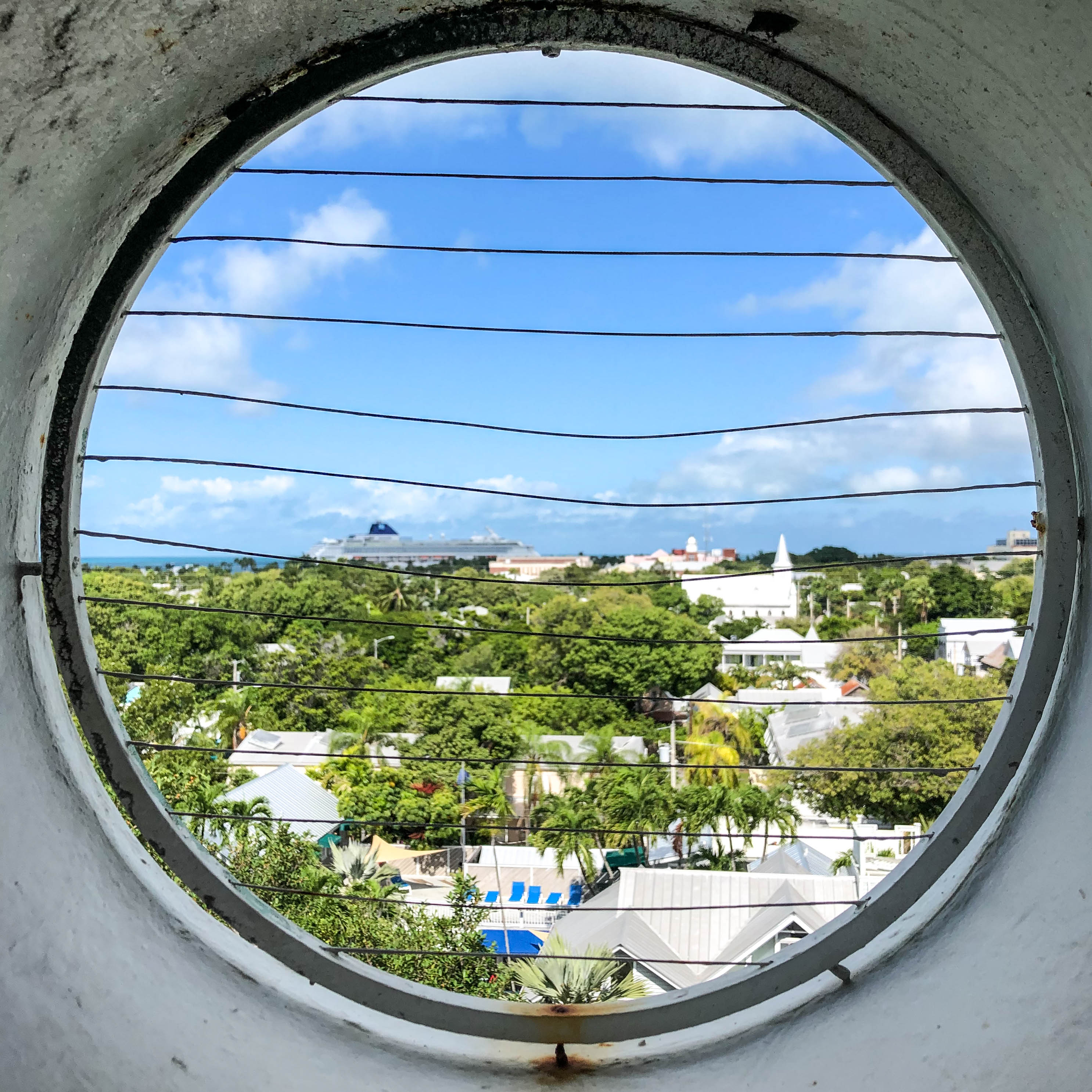 Spot on to the morning’s forecast, the promised rain started again at 2:45 pm just as I was leaving a yoga class. As much fun as I was having, this was my cue to start back to the mainland.

I’d decide how much further to drive toward Big Cypress before stopping for the night when I reached Key Largo. Again, heavy rain and storms would slow my progress, and the trip back was two hours longer than expected (a definite theme on my radical sabbatical).

Reaching a Walmart in Florida City at 7 pm, I planned a quiet night listening to it rain.

This was also an excellent place to get some much-needed supplies.

As this part of my trip concludes, I am grateful for my son Nick’s encouragement to keep going. It would have been a considerable regret if I had not made an effort to explore Key West, Florida.

--story and photos by Kirsti Pope 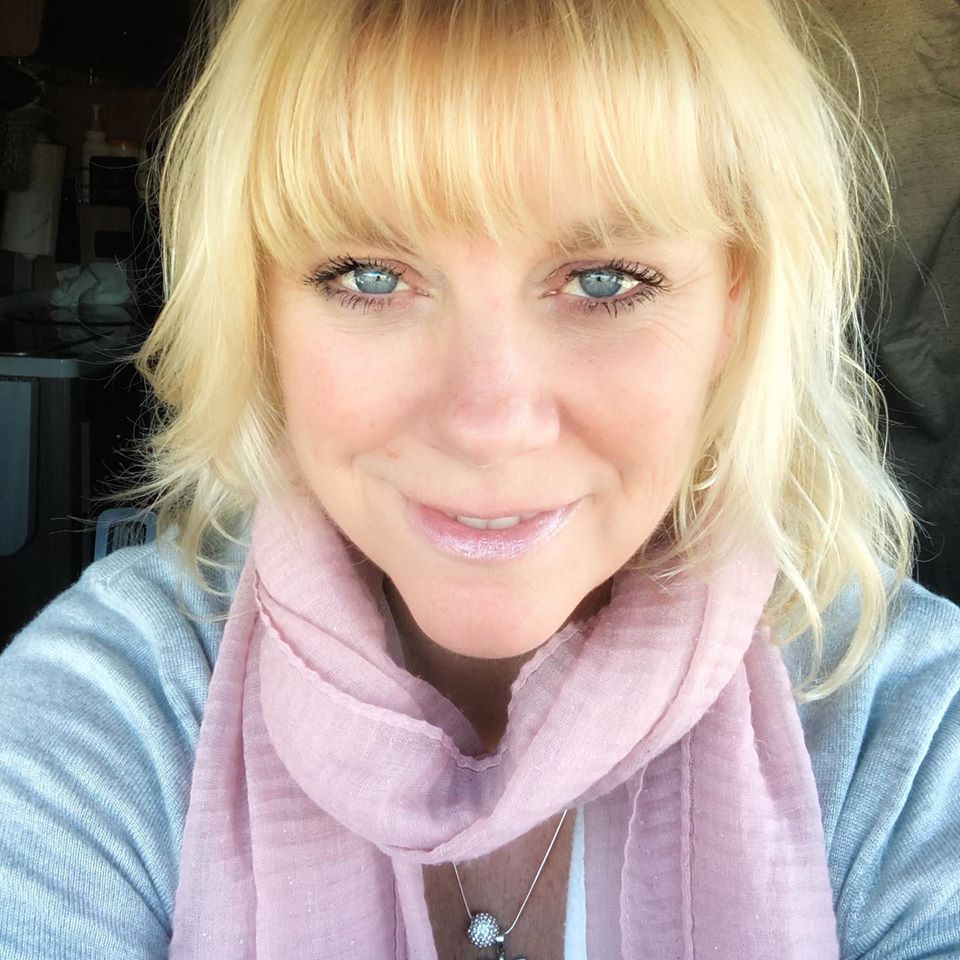 An ordinary girl from Iowa, Kirsti was born with an extraordinary curiosity to know more about everything around her.

In 2014, she set intentions to travel the world as a travel writer and photographer. She wants to practice yoga everywhere she goes and be of service to others along her way.

In October of 2019, Kirsti took a giant leap of faith toward making some of her dreams become reality. She stepped out of her day-to-day life to travel the United States in a converted sprinter van for just over a month on a trek she called her 'Radical Sabbatical.'

In short, she believes being outside of our comfort zones and kicking fear to the curb will open us up to live our best life ever.