Z is for Live
Zozobra Burning

The Live Zozobra Burning is the oldest and wildest celebration in Santa Fe, New Mexico!

Zozobra originated as a life-sized, six-foot puppet designed in 1924 by Santa Fe artist Will Shuster. The artist and a local newspaper editor created the name Zozobra to represent gloom and anguish.The live Zozobra burning is now part of a huge festival. 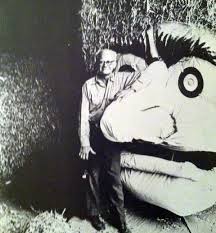 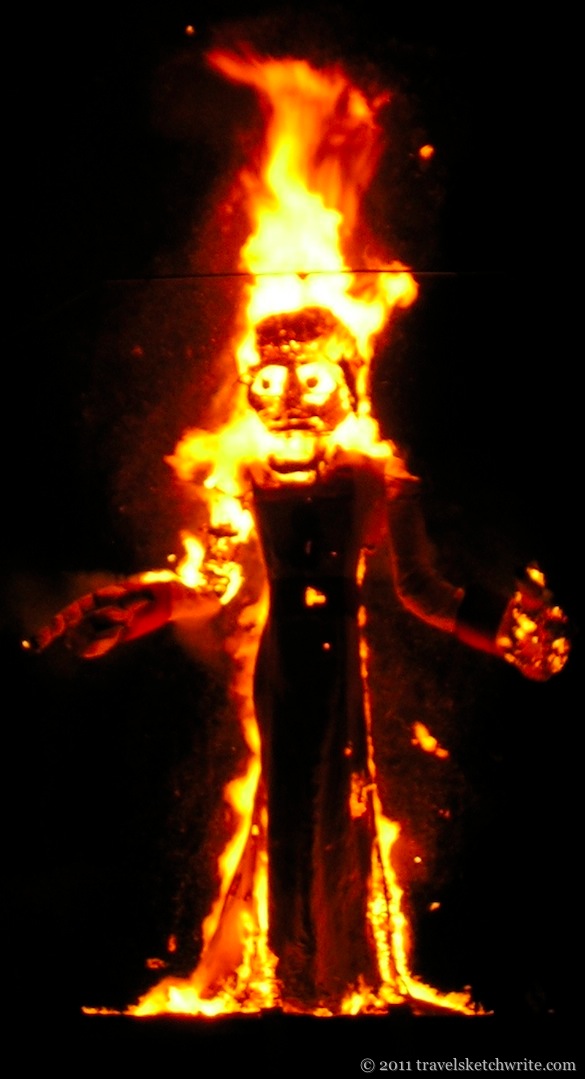 The marionette’s arms flail about and he burns with pre-recorded sound effects that make him moan and growl in a spooky way that over the years I’m sure has scared the heck out of a kid or three.

As if a 50-foot burning man wasn’t enough of a thrill, the Kiwanis guys who produce this event have added fireworks and “Gloomies”: children dressed in white sheets who dance around the feet of Old Man Gloom and are chased away by the red-cloaked Fire Spirit Dancer - the good guy.

Live Zozobra Burning
-Why do we care? 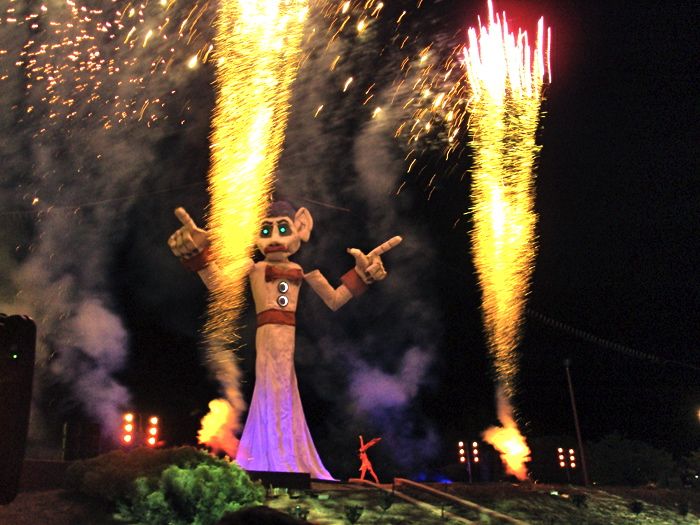 As torches set Old Man Gloom ablaze, tradition holds that any gloom and doom in your life during the past year burns away with him. But he - and your gloom - don’t go quietly; his amplified groaning can be heard all over town.

The park begins to fill up early in the morning, as people come to watch Zozobra being constructed onsite. By noon, you may have trouble finding a spot for your picnic blanket (lawn chairs and pets are not allowed). 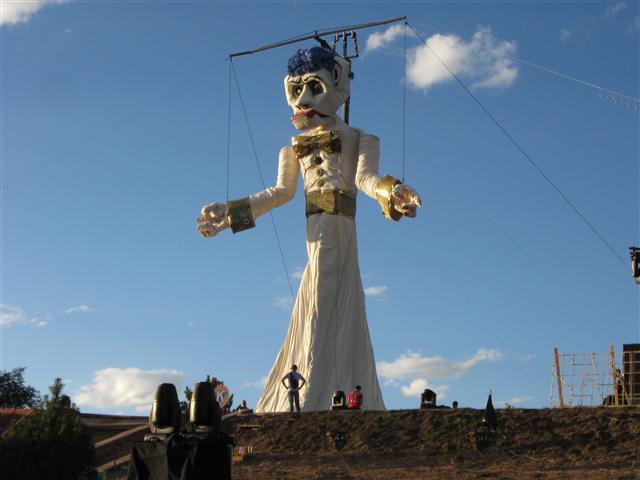 Tom-toms begin to thunder, and the Gloomies arrive. Then the Fire Dancer appears and the crowd begins to chant, “Burn him, burn him.” The Fire Dancer climaxes his dance by setting fire to the effigy’s white skirt. Flames climb the massive body and fireworks explode. 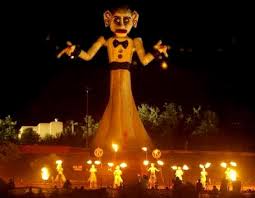 Standing close to the staging, crowded by shrieking people and deep-based, thundering tom-toms, I felt like I was in the middle of an age-old primitive surge.

That’s the end of Old Man Gloom, and - hopefully - all of our troubles as well. Revelers gathered up their belongings and headed to the Plaza where restaurants and bars welcomed their continued celebration. People called to each other, “Viva la Fiesta.”

Fiesta commemorates the peaceful recapture of Santa Fe - the City of Holy Faith - in 1692 by Don Diego De Vargas. Santa Fe was founded in 1610 and 70 years later the local Indians revolted and drove out the Spanish colonists, who retreated to what is now Juarez, Mexico.

Don Diego prayed to the Madonna “La Conquistadora” to help him recapture the city. Afterwards he credited her for his accomplishment - he and his party of colonists re-entered Santa Fe without conflict or bloodshed.

The live Zozobra burning signals the beginning of the annual Fiestas de Santa Fe, or simply “Fiesta” as the locals say. The official city organizers, working with the Kiwanis, is the Fiesta Council of Santa Fe.