Every December 31st, businesses in downtown Paramaribo, the capital of Suriname, close early for a giant street party. The main attraction is the igniting of a string of red Chinese firecrackers called pagara.

This is probably the most popular of Suriname’s annual celebrations, attracting thousands of Surinamers and (predominantly Dutch) tourists. 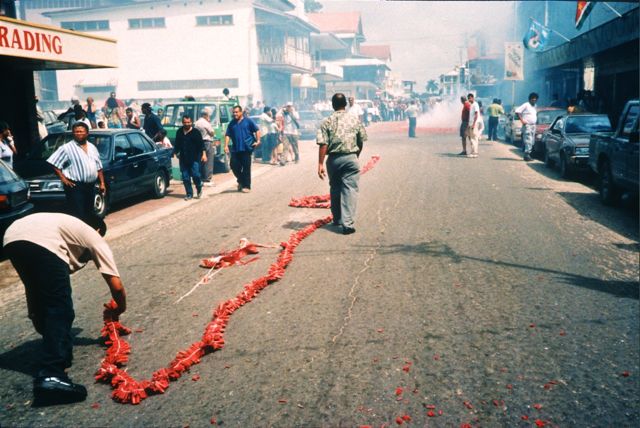 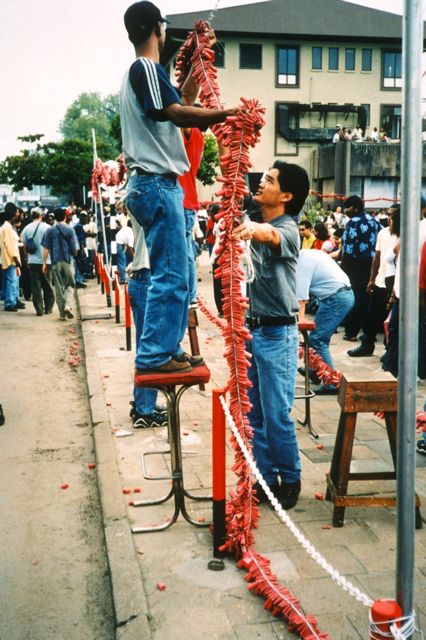 This ribbon of red firecrackers is hung twice around a central square. 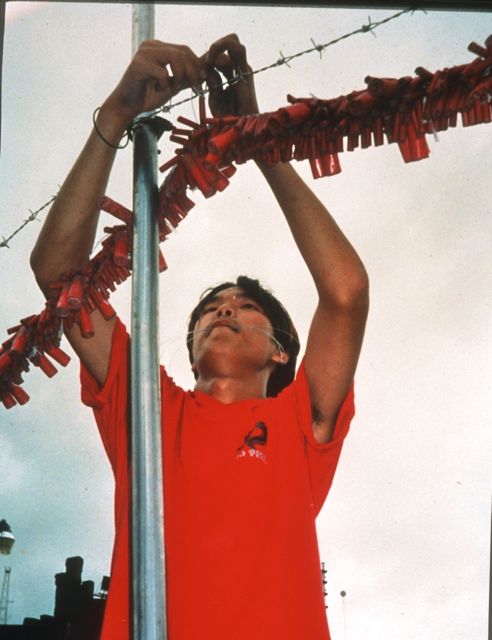 Once ignited, this length of fireworks took 45 noisy minutes to burn to the end.

Afterwards the smoke in the streets was so thick, in my mouth I could taste the gunpowder. 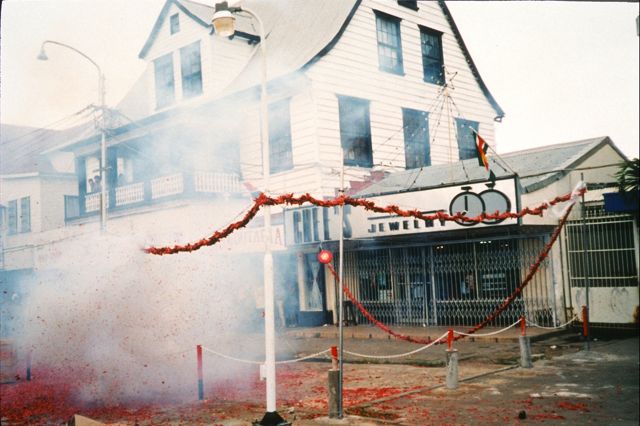 When I was there, I was told that Paramaribo was going for a Guinness World Record for the longest string of fireworks ever set off in the world, but I can’t find any information that suggests they were able to achieve that.

I spent this day before New Year's with my Suriname friend and photographer Plu, When I mentioned that firecrackers are Chinese, he said, "This is our culture."

Suriname is known for five cultures: Maroons (descendants of African slaves), Amerindians, Javanese, Hindustanis, and Dutch. The Chinese are a very small minority, but their firecrackers are wildly popular with everyone in this tiny country that was formerly the colony of Dutch Guayana.

One advantage to so many diverse cultures in one country is that every month one of them seems to have a particular holiday, which everyone celebrates. 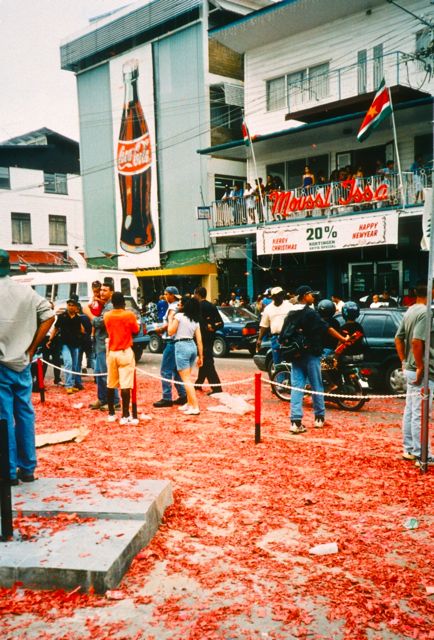 And this particular celebration was wildly exciting. As the last firecracker exploded everyone clapped and screamed and cheered.

Afterwards, Plu and I went off to have another Parbo beer to celebrate and wait for the ringing to leave our ears. For me, the beer displaced the acrid taste of gunpowder in my mouth.

The next day came a typical tropical rain, turning the streets to red sludge.

To see live some of this exciting and noisy celebration, CLICK HERE for a ten-minute youTube video uploaded by somebody named ugmobilecam.

Tomorrow’s A to Z  Travel Blog Challenge: For the letter Q, I’ll tell you about Portugal’s historic Queluz Palace.