On a recent tour of Panama, I enjoyed a day visiting the indigenous people, the Emberá, In the Emberá language, the word ẽberá is used to mean person, man, or indigenous person, depending on the context.

The Emberá tribe live in traditional villages deep in the rainforest of Panamá, where through tour visits they share their culture and traditions with visitors.

These Emberá villagers permit all the photos you want to take, as part of sharing their culture with outsiders. 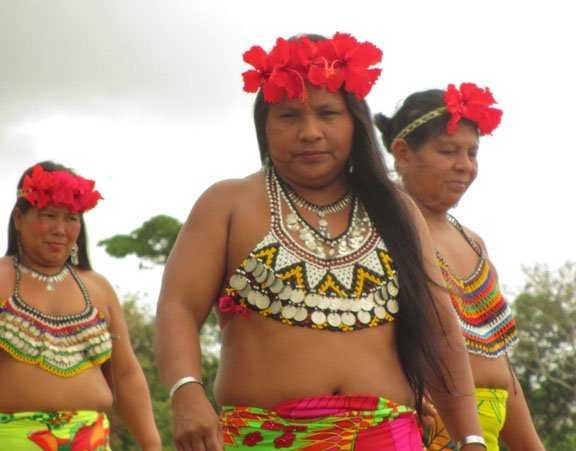 We were treated to shamanic and celebrational dance exhibits. 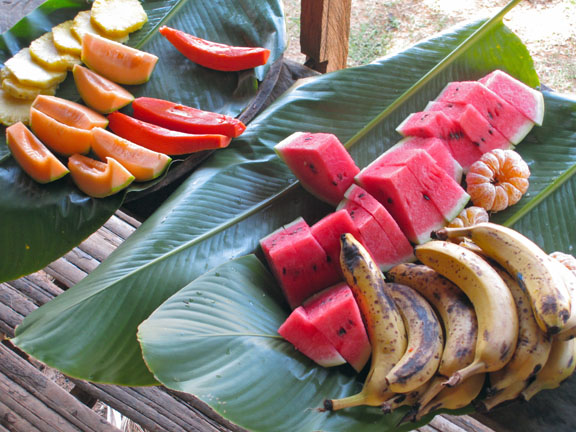 We enjoyed a traditional lunch of fish, rice, plantains and mangos and pineapples. served on trays in banana-leaf baskets.

Today most of the Emberá population, about 33,000 people, live in the tropical Darien region of Panama. 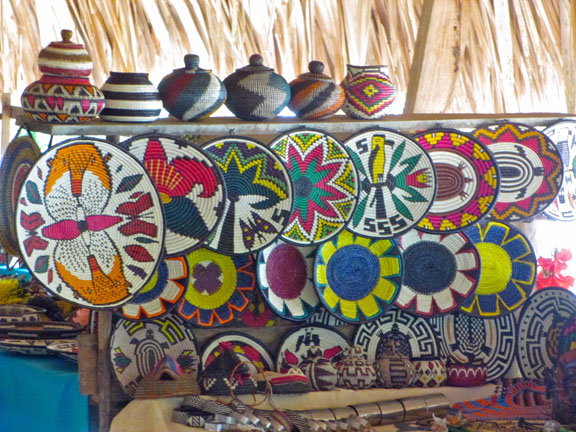 When Chagres National Park was created by Panama in 1985, the Emberá people and their culture were preserved and protected. However, they are restricted from farming the land commercially, which had previously been their main income.

Today they rely on tours of their village and the sales of their handicrafts for economic survival. 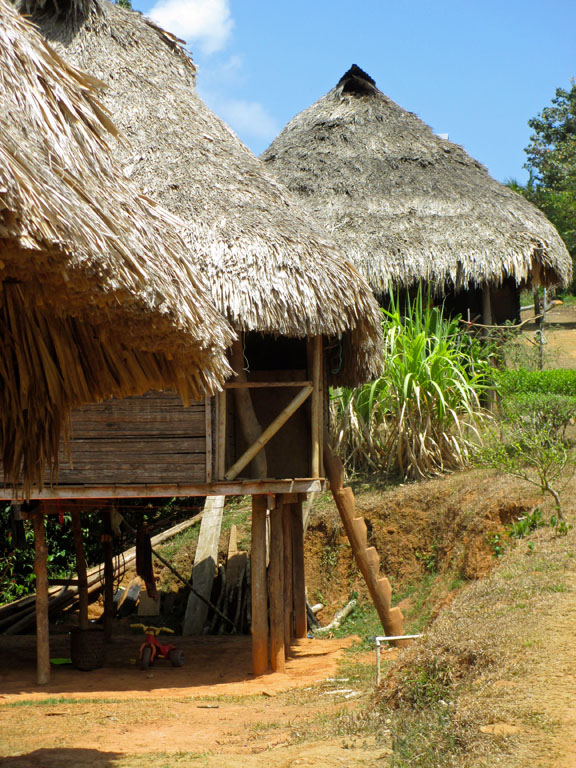 Emberá villages have traditionally been established on riverbanks. 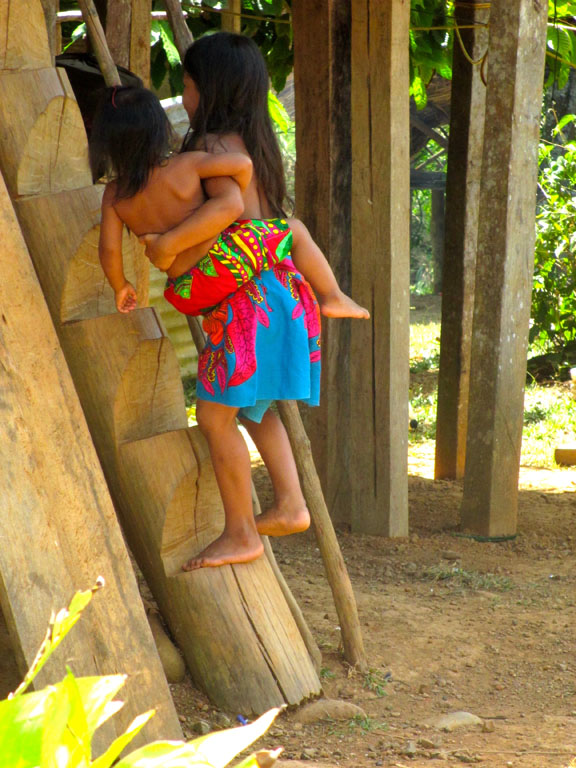 Homes are elevated thatched houses accessed by stairs made from a step-notched log. Cooking at home is done on a fire tray made of river clay and layered banana leaves.

Both Emberá men and women wear necklaces symbolizing their culture beginning in childhood. These handmade necklaces are called okama, or “path around the neck.” Their complex geometric designs add a level of distinction to the woman who wears it, and reflects her place in the Emberá society. 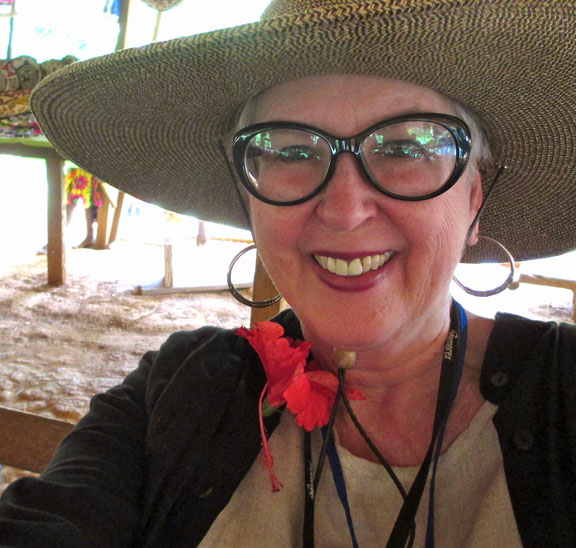