Q is for Queluz
National Palace

Not far from Lisbon lies Queluz National Palace, with a sad story of a former resident.

The Royal Palace of Queluz is a beautiful, cake-like, Rococo structure in Sintra, Portugal, not far from the capital city Lisbon. 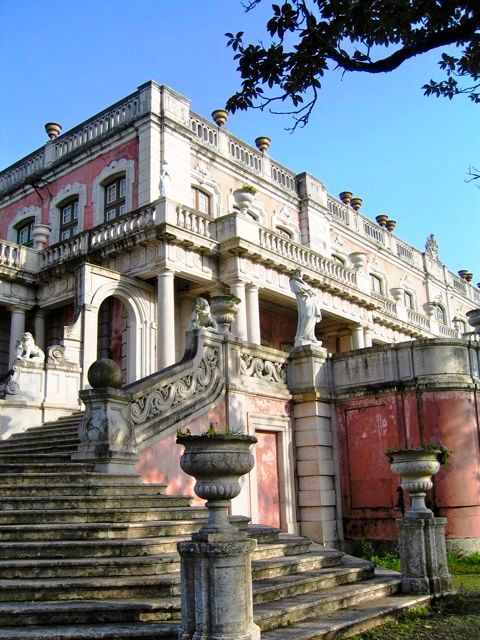 Steps up to Queluz National Palace 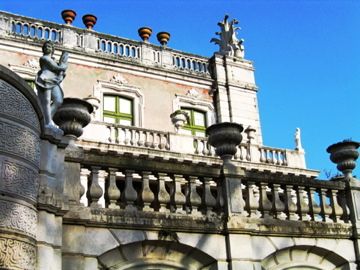 In the 26th year of their marriage, Dom Pedro died and Queen Maria, never known as a very stable person, descended into such a state of mental illness that her eldest son, later King João VI, was appointed Regent. The queen and her court remained virtually incarcerated at Queluz National Palace, where her madness would not be seen by any of her subjects. 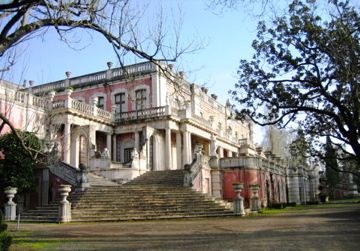 The architecture of this fairy-tale-like building reflects the somewhat frivolous lifestyle led by the Portuguese royal family at the time of the construction. The playful architecture of Queluz National Palace in its own way represents the politics and social events predominant in Portugal at that time.

Palácio Nacional de Queluz - the Portuguese name - is known as one of the last great Rococo-style buildings in Europe. This architecture represents Portugal’s last extravagant cultural period following the discovery of gold in Brazil in 1690. 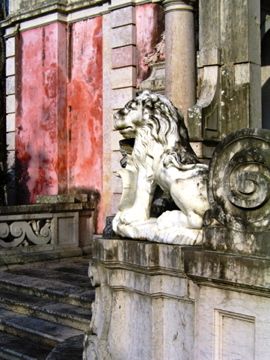 Under architect Mateus Vicente de Oliveira, construction began in 1747 and continued until the Great Earthquake of 1755 interrupted it. This event influenced the future direction of the design, with new concepts based on fear of another earthquake. This is why the buildings are long and low, making them more structurally stable than a single high building.

The public front view of the buildings, called the “Ceremonial Façade", features single-story wings on each side that form a three-sided courtyard of gardens, and faces directly onto a town square. 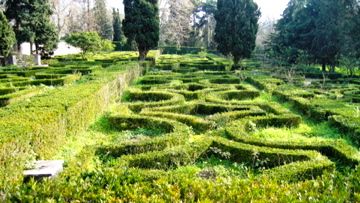 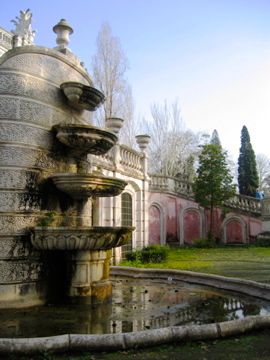 Fountains in the gardens of Queluz Palace 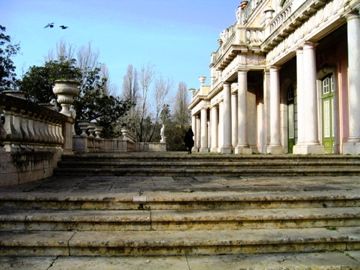 Steps up the side of Queluz National Palace 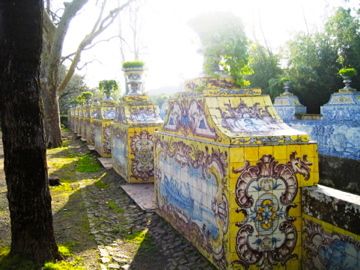 Azulejo tiles in the gardens of the Queluz

The famous azulejo tiles line many walls in the gardens as well as the walls of some of the canals, often showing a favorite Rococo theme of “amorous dalliance.” 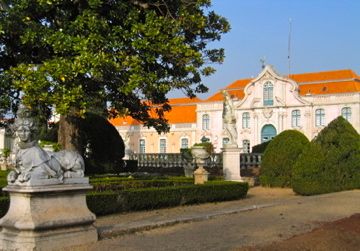 Today the Dona Maria Pavilion wing of Queluz National Palace is used to house foreign heads of state when they visit Portugal. I imagine it would be kind of weird to visit someone else’s house and sleep in the place where Queen Maria died, insane.