Of course this was a fictional movie, a fictional bar and Rick’s Café never existed, until 2003, when a retired U.S. Diplomat by the name of  Kathy Kriger, living in Casablanca, decided that Casablanca needed a real Rick’s Café. 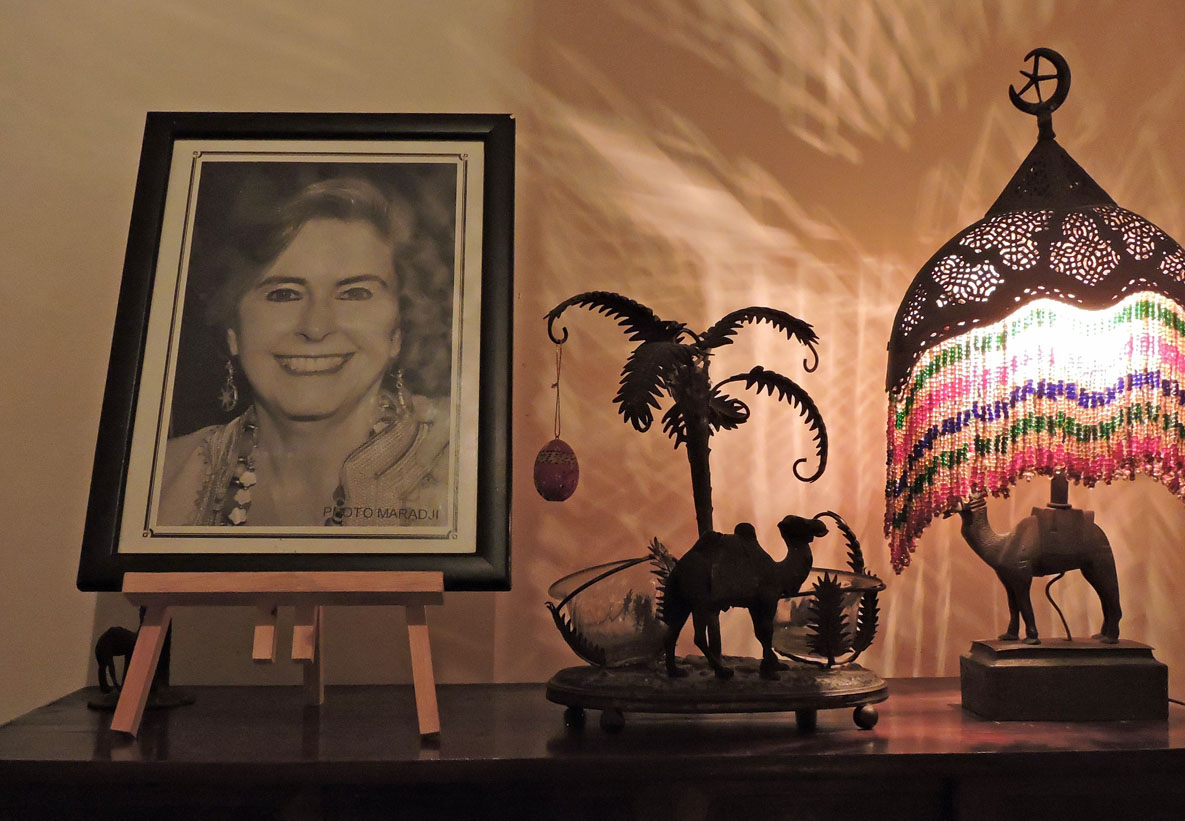 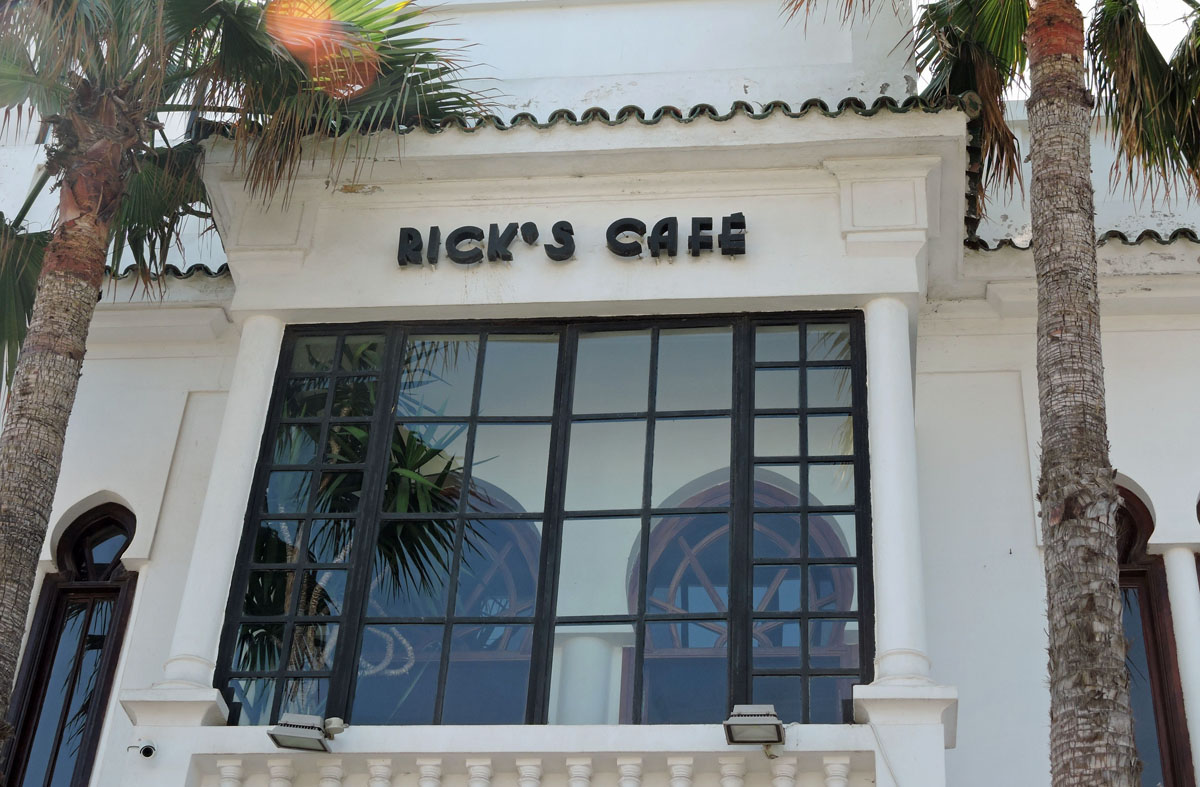 She poured her heart and soul into the restaurant and truly lived the life of Rick himself, meeting and greeting everyone who entered the restaurant.

She openly told the story of how she had this vision to open Rick’s and become a social and economic player in the everyday life of not just Casablanca, but Morocco as well. 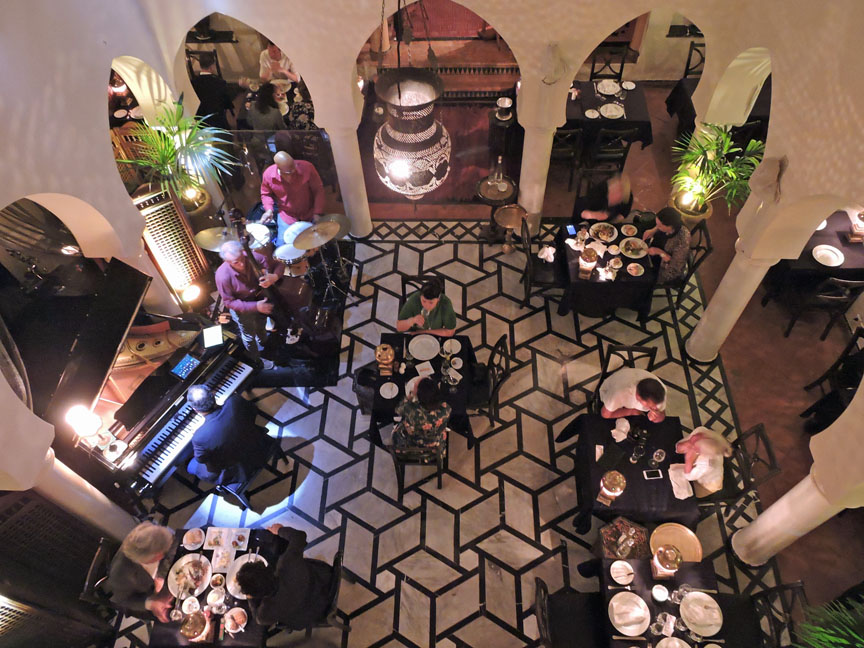 Kathy took a huge chance to proceed with this dream, because failing flat was the more likely result, rather than becoming a successful businesswoman in Morocco.

She was forthright, charming and also quite proud of what Rick’s had become after only two years of operation. 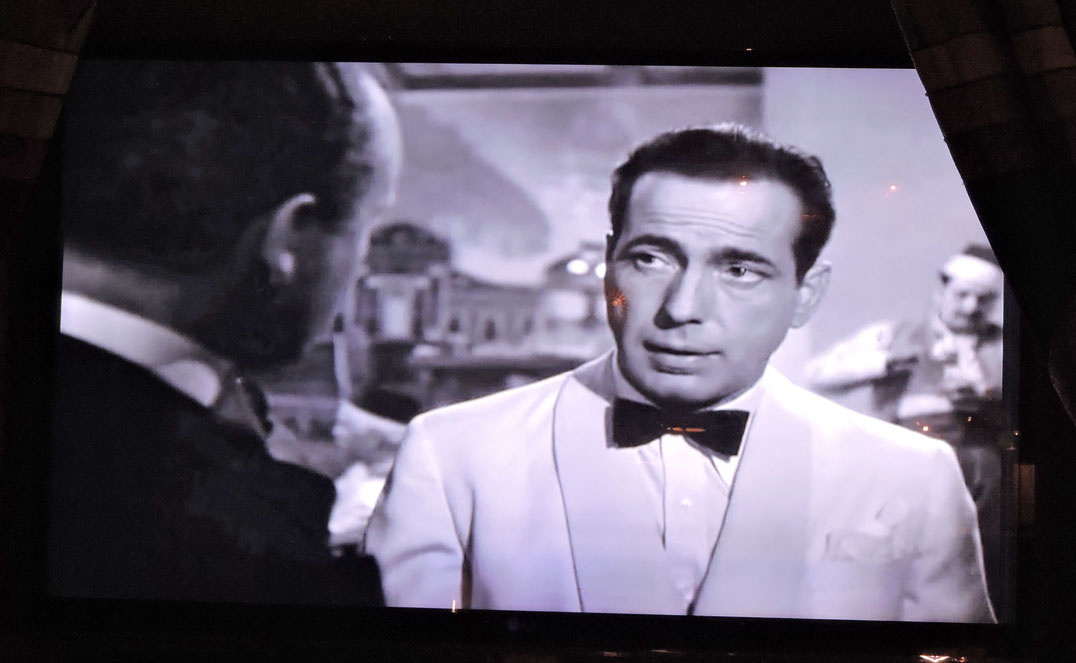 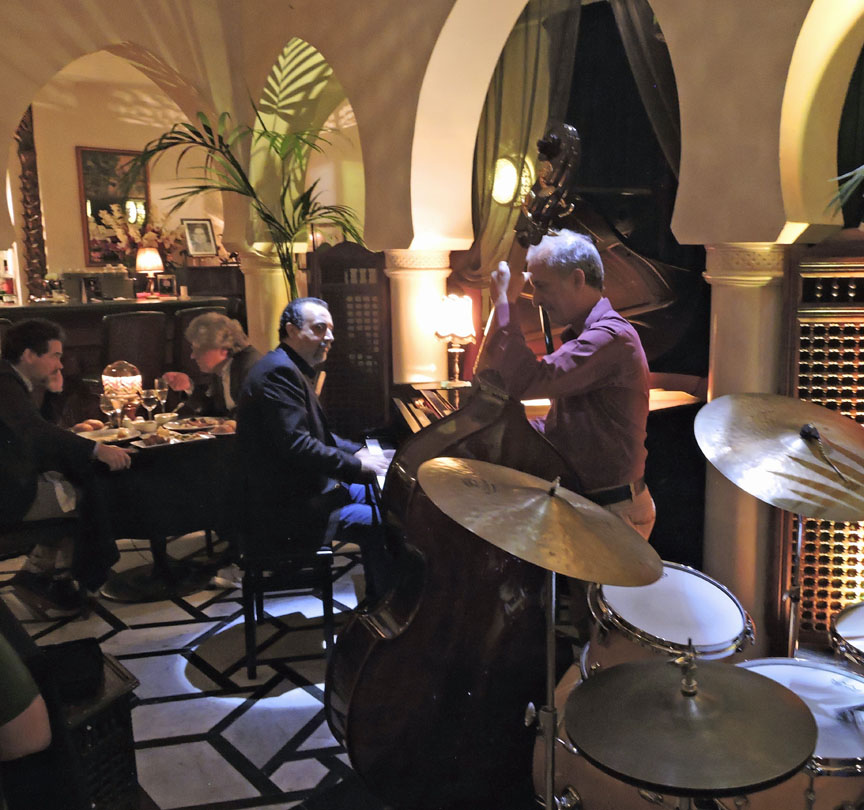 But it’s not just Issam, there are 4 other staff members who have been keeping Kathy’s vision alive since 2003; Moroccan men who love the place and feel her presence every single day. Talking with Issam and other staff members the sentiment was the same throughout, that losing Kathy was not just a loss for Rick’s Café but also a loss for Casablanca and even Morocco.

You see Kathy became an economic fixture in Casablanca, she lobbied and she promoted free trade and equality for women. She was highly respected by members of the Casablanca commerce circles and was given a voice among them.

June update - We are trying to find the location of Kathy's grave site in Casablanca for one of our readers.  If anyone knows, do please contact us here!

In the department of things that never get old, the saying ”play it again Sam” for me has always held some significance of sadness and warmth.

In the movie, Rick just lost the love of his life for the second time, so he asks Sam who is sitting at his piano to play her favorite song, yet again. 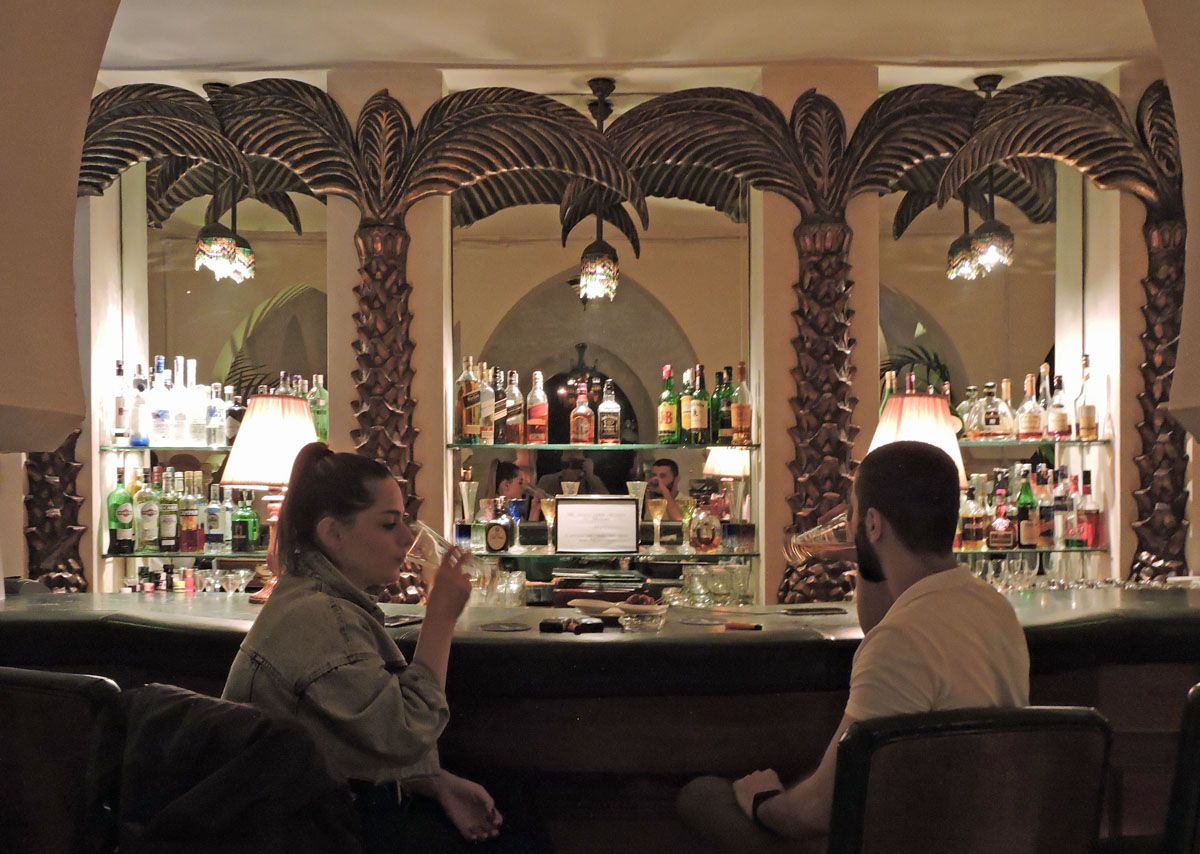 Rick’s Cafe is located in the old Medina area of Casablanca.

If you visit Rick’s, be sure to try the lamb shank tagine which is to die for, or a time-tested Moroccan favorite, grilled chicken over rice.

Like most Moroccan dishes, these are both sweet and savory with stewed prunes and apricots adorning the plate of lamb, chicken and rice. 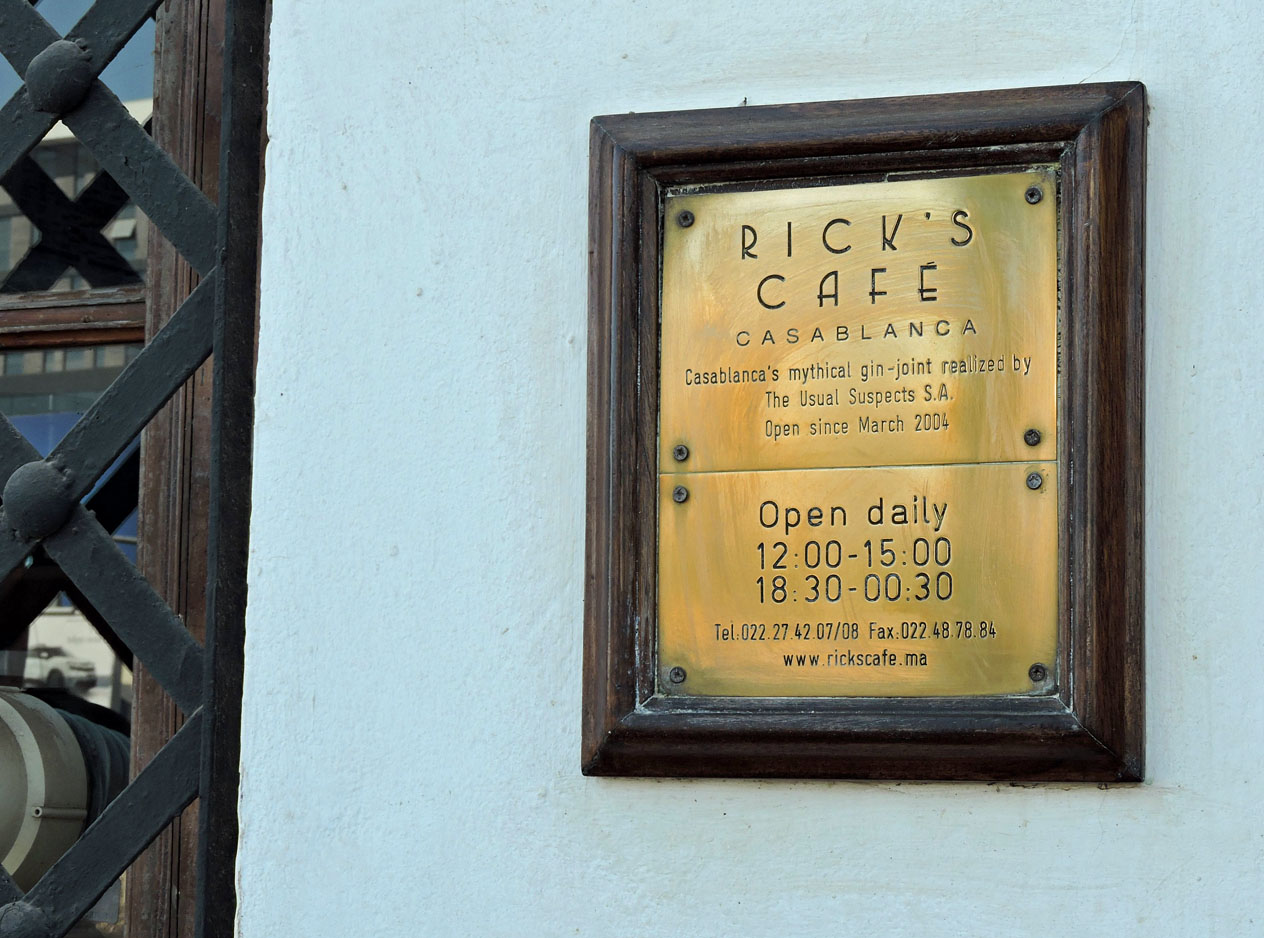 Nightlife in Casablanca exists but it is not for the faint of heart. Like many neighboring European cities - well, as close as any European and North African city can get - one wouldn’t even go to the club until midnight and one would expect to dance until 4 a.m.!

"Round up the usual suspects". 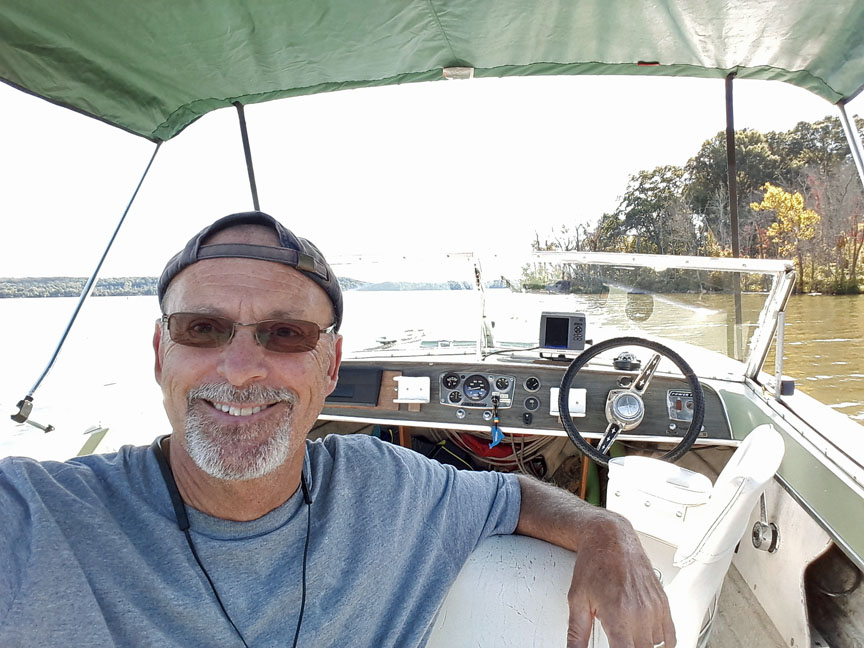 Bob Chenevey is a retired State Department employee who has lived in Spain, Cyprus, Algeria, Morocco and Uganda. Years ago he met the lady who opened Rick's Cafe in Casablanca, and he has taken an immersion French course in Rabat.