Trisha has an adventure in Wisconsin River Tubing.

The Wisconsin River has any other Midwest waterway beat when it comes to tubing. As we crossed the bridge taking us into Mauston Wisconsin, all eyes were on the river. 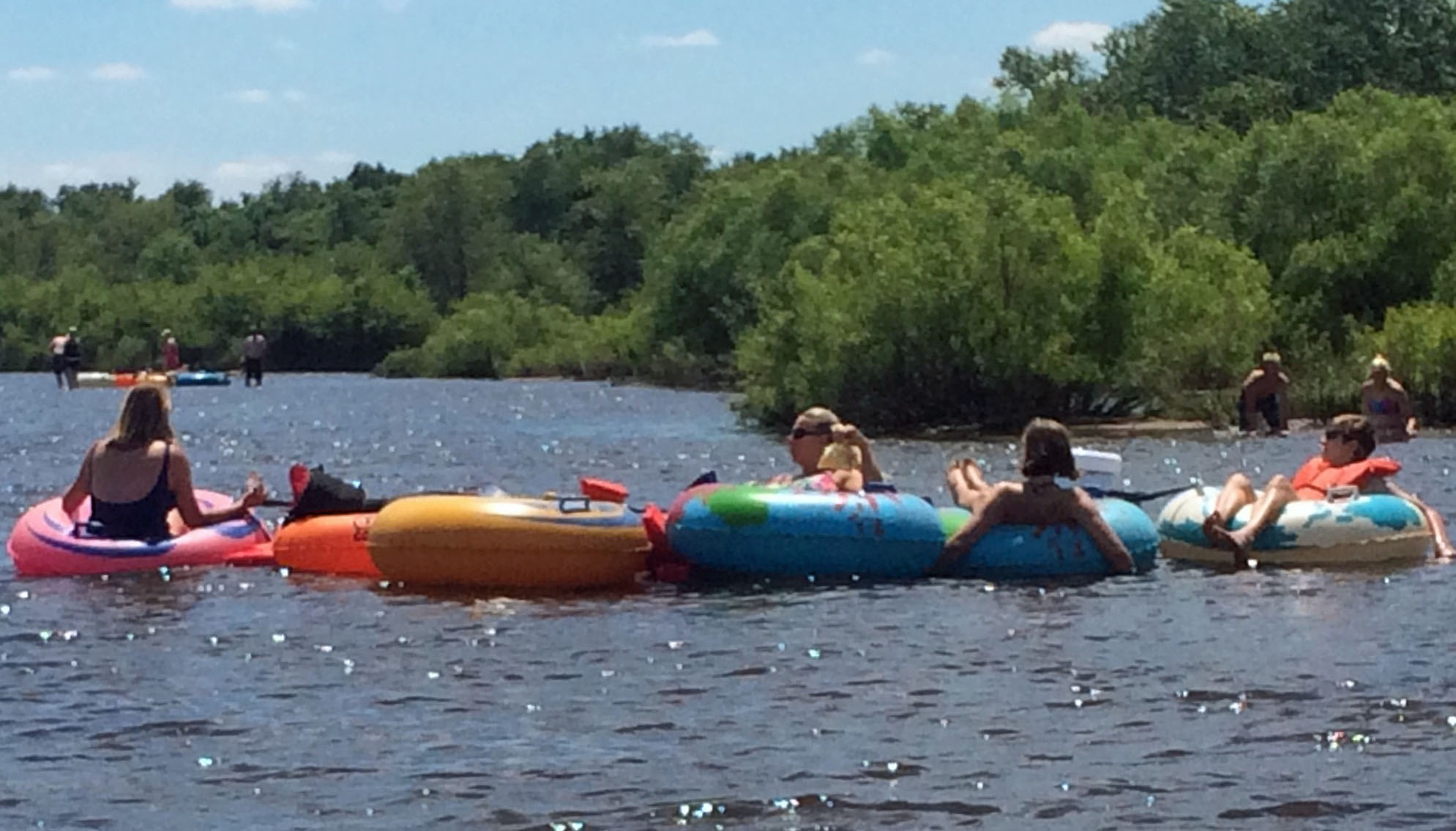 All you could see for miles were colorful floating tubes that had been tied together to create flotillas. They resembled a parade of colorful, loud, social events that only made us want to join in on the fun.

I arrived at Sandy Shores Camping Resort an hour before my 12:30 p.m. reservation for tubing. It took an hour to get squared away with payments, waivers and the seven-mile drive up river where we collected our tubes and tied them together to create our very own floating island.

Getting on the tubes and into the water was daunting at first but after a few attempts, hysterical laughter from onlookers and a little staff help, I made it - off to a slow but steady three-hour trip down river.

The river is cool, not cold, with a sand bottom and so many sand bars that whenever you want to jump off and take a dip or beach your tubes for a while, it’s easy.

There were times it became necessary for one of us to jump in to help with steering but mostly the current meandered us down river and back to Sandy Shores Camping Resort. 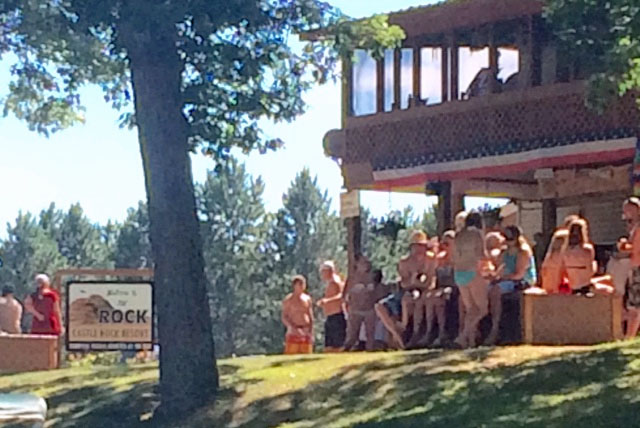 At Castle Rock Resort we took a break, got off our flotilla, and found a Tiki Bar that served up beer and drinks.

Then it was back to the river to complete our journey. 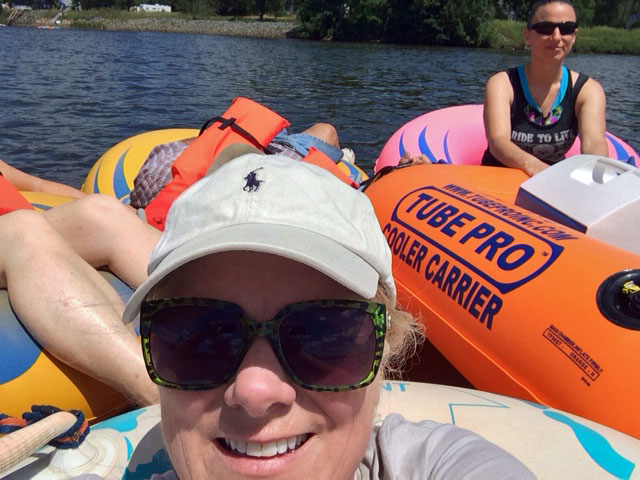 We got a lot of thumbs up as we passed other flotillas. We thought it was because we seemed to be moving along at a nice clip and then we realized that everyone else on the river was from another generation - a younger one. 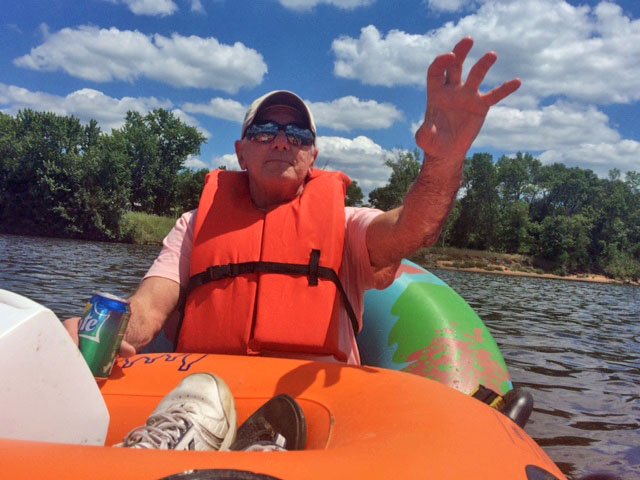 We may have been the oldest people on tubes but I’m pretty sure there is no age limit for summer fun on the Wisconsin river.

Who would have thought an afternoon on the Wisconsin River could have been this entertaining? 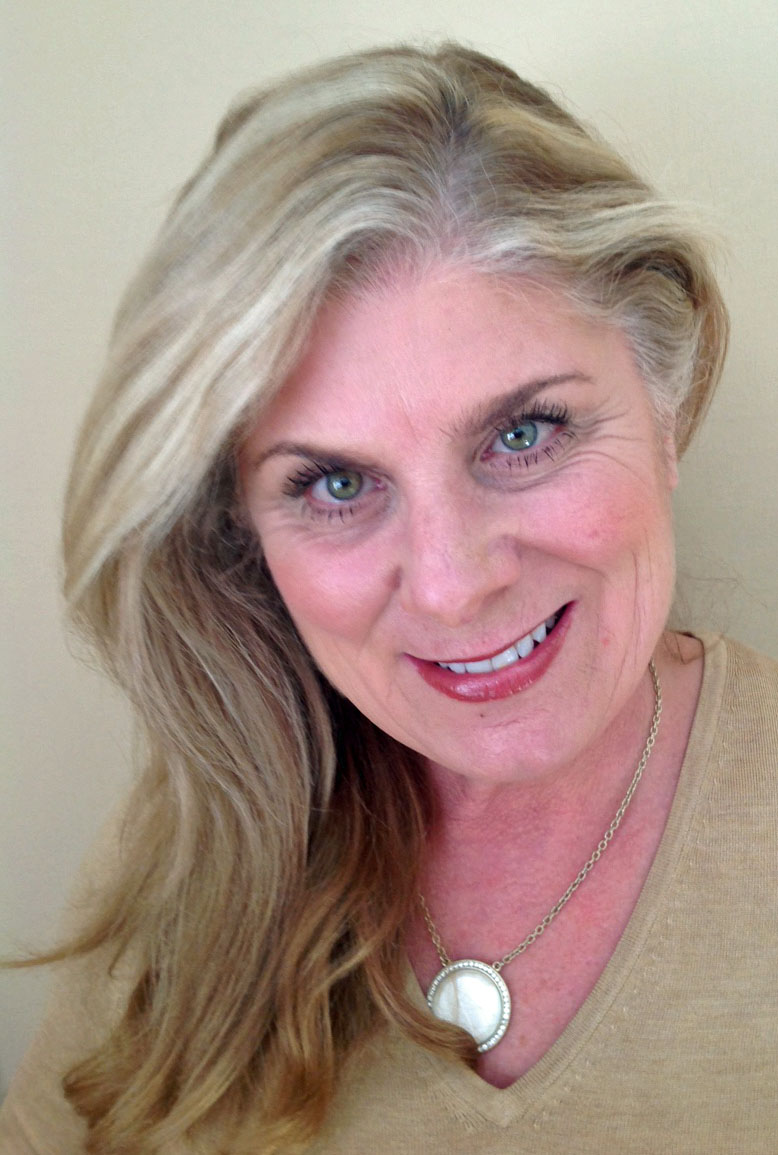 A native of Florence, Italy, Patrizia Ballerini-Trackman has spent most of her life traveling between Chicago and Florence. Food, travel and writing have always been a focus for her and her food blog, Storiesoflifeandfood.com, combine stories of growing up in two countries, family and the food that played a large part of her life.